American Airlines has made major adjustments to its long-haul international schedule for winter 2020 through summer 2021 amid low demand due to the coronavirus crisis, the carrier announced in a statement posted on its website.

The US carrier announced that it is cutting several routes, and its summer 2021 long-haul international capacity will be down 25 per cent compared to 2019.

“American will have a significantly smaller international network in the year ahead, but we are using this opportunity to hit reset and create a network using the strength of our strategic hubs that we can build and grow upon and be profitable on in this new environment,” Raja added.

American says it will exit several routes, including “underperforming routes” from Los Angeles International Airport (LAX) to destinations in Asia.

Here is a full list of the routes AA will no longer operate:

**Subject to government approval of SEA—PVG.

Below is the updated international schedule posted on the airline’s website.

No change fees for flights booked by July 31

The airline is expanding waived change fees for customers booking tickets for any new travel purchased by July 31, 2020. Any first, business, premium economy, and Main Cabin tickets purchased on or before July 31, 2020, for future travel will not incur change fees prior to travel, the carrier said.

Customers are allowed to change their origin and destination cities as part of this offer. The offer excludes Basic Economy and AAdvantage award tickets. The carrier says customers must pay any fare difference, if applicable, and fare rules may apply depending on the ticket.

According to the carrier, customers have flexibility for AAdvantage award tickets as changes made 60 days or more before travel have no reinstatement fee.

American currently has a change fee waiver in place for all tickets, including basic economy and AAdvantage award tickets, for travel through September 30, 2020. 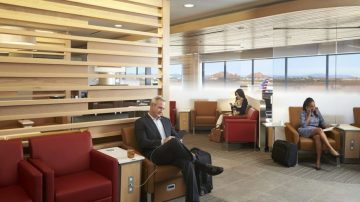