The Narendra Modi-led government has given its approval to declare Uttar Pradesh’s Kushinagar Airport as an international airport.

The town of Kushinagar holds an important position in the Buddhist Circuit because it is said to be the place where Lord Buddha attained Mahaparinirvan (ultimate state of Nirvana).  Around 200-300 devotees from Thailand, Cambodia, Japan and Myanmar among others come to offer prayers at Kushinagar on any given day.

During a press briefing, the union environment minister, Prakash Javadekar said, “Kushinagar is the mid-point of the Buddhist circuit. While pilgrimage sites like Lumbini, Shravasti and Kapilvastu are nearby, and Sarnath and Gaya just a little farther, there was no airport of international standards.

“Kushinagar airport is being declared as an international airport. A three-kilometre-long runway strip has already been made. Now even a big aircraft of Airbus can land at the airport.”

Civil aviation minister Hardeep Singh Puri said, “Direct international connectivity to Kushinagar will substantially increase the number of foreign and domestic tourists to the region. This will also provide impetus to the economic development of the region by enabling the growth of tourism and hospitality ecosystem in the area.”

Prime Minister Modi also took to Twitter to express his views on this.

Great news for Uttar Pradesh, tourism and those inspired by the noble thoughts of Lord Buddha!

Loading comments...
Read Next
Westjet to lay off over 3,000 staff
Read Previous
Expect increase in cases of unruly passengers onboard: DGCA 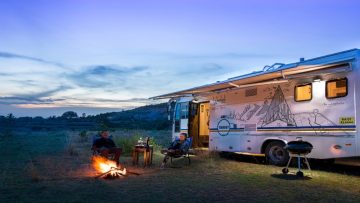