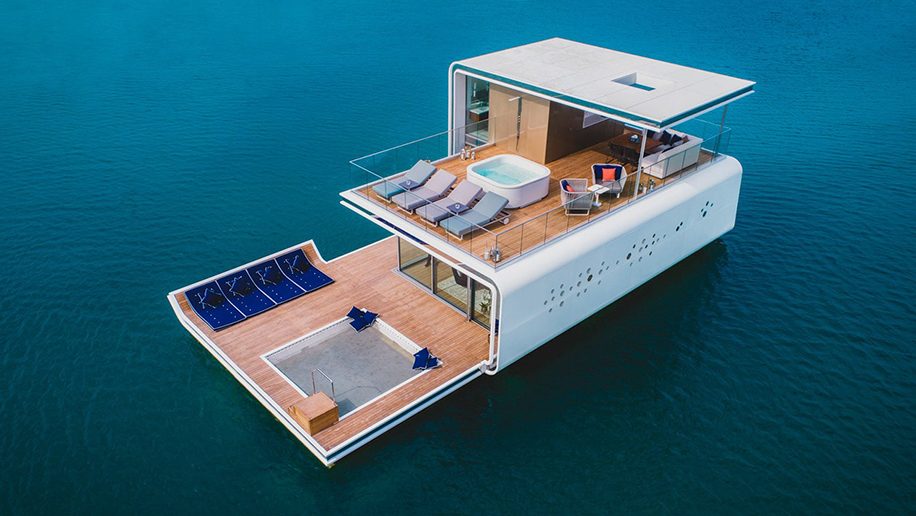 Heart of Europe – the island off the coast of Dubai that has gained numerous press inches in recent years for its floating villas and temperature-controlled climate – is set to partly open in Q4 2020.

The estimated US$5billion project is made up of a cluster of seven islands, situated four kilometres off the coast of Dubai.

Developed by Kleindienst Group, it intends to house developments inspired by European culture, from shopping streets to hotels.

The project’s website states that Portofino Hotel will be the first five-star, family-only hotel in the region and feature 489 sea view suites. Monaco de Dubai intends to incorporate design from the French Riviera, whilst Sweden Beach Palace will host traditional Swedish events, such as Midsummer and Walpurgis Eve.

The islands have gained most attention for their Seahorse Villas: proposed three-storied, 4,000 square-foot units with a lower floor submerged underwater.

The villas are intend to connect via walkways to the heart-shaped Honeymoon Island, the Main Europe island, the Portofino Hotel, and Germany Island.

In June, the developer stated that 78 out of a proposed 131 floating villas would be completed as part of the first phase of the project, and delivered in Q4 2020.

The developer also recently announced that it was working on the construction of a boulevard that would experience continuous rain, known ‘Raining Street’. The rainfall is expected to bring temperatures around the boulevard down to 27 degrees Celsius during the summer months.

News
Bahrain spa the largest in the Middle East
9 May 2007
Loading...