Biometrics will be trialled on Eurostar from March 2021

Biometrics will be trialled on Eurostar from March 2021, allowing rail passengers using Eurostar services from London St Pancras to board via a walk-through system.

The technology has been developed as part of a National competition run by The Department for Transport, in partnership with Innovate UK which awards £9.4 million funding “to innovative projects that will make railways cleaner, greener and more passenger-friendly”.

The biometric technology will be incentivised to passengers on the basis of experiencing “an accelerated pre-boarding option” as ticket checks and border exit processes would have been completed without needing to come into contact with people or hardware.

Prior to travelling, passengers wanting to use the service would use the Eurostar app to scan their identity documentation. The facial biometric technology, by iProov, uses “patented controlled illumination to authenticate the identity of the user against the ID document” via the Eurostar app. Once a user submits a photo of their identity document , they are prompted to position their face correctly by holding their mobile phone in front of their face. Following a short sequence of flashing colours, the user’s identification will be verified.

The passenger would then receive a message confirming that their identity document had been secured and a ticket or passport would not need to be shown again until they reached their destination. On arrival at St Pancras International, the passenger would enter the contactless travel corridor and proceed in distanced fashion before boarding the train.

A kiosk solution at the station would allow passengers without access to smartphones to complete the same process.

Biometrics are being used more widely for travel, particularly at airports.

Other biometric schemes include Emirates’ ‘smart tunnel’, Heathrow’s £50 million investment in an end-to-end project and Gatwick’s partnership with Easyjet.

The iProov solution will be developed in close partnership with Eurostar, the UK’s only operator of high-speed rail services, and with Canadian travel and immigration solution specialists WorldReach Software. It is planned to be in live operation by March 2021.

The First of a Kind (FOAK) competition is run by Innovate UK and funded by the Department for Transport. The initiative supports research, development and innovation in the UK rail industry.

Transport Secretary Grant Shapps said: “I am delighted to announce the winners of this year’s First of a Kind competition, which will support better, more environmentally friendly journeys. Crucially, these pioneering projects will also ensure that passengers have a more efficient, reliable and responsive railway, making their journeys simpler and easier.”

Gareth Williams, Strategy Director and Company Secretary at Eurostar, said: “We are very pleased to be working with iProov on this important innovation. We’re convinced it will enhance our passenger experience and offer a live illustration of how innovation can benefit the high-speed rail and international transport industries.” 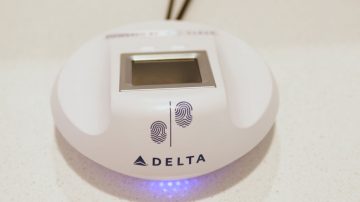 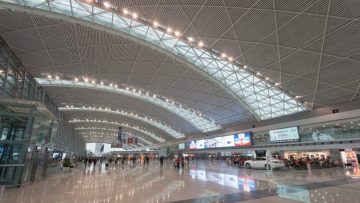