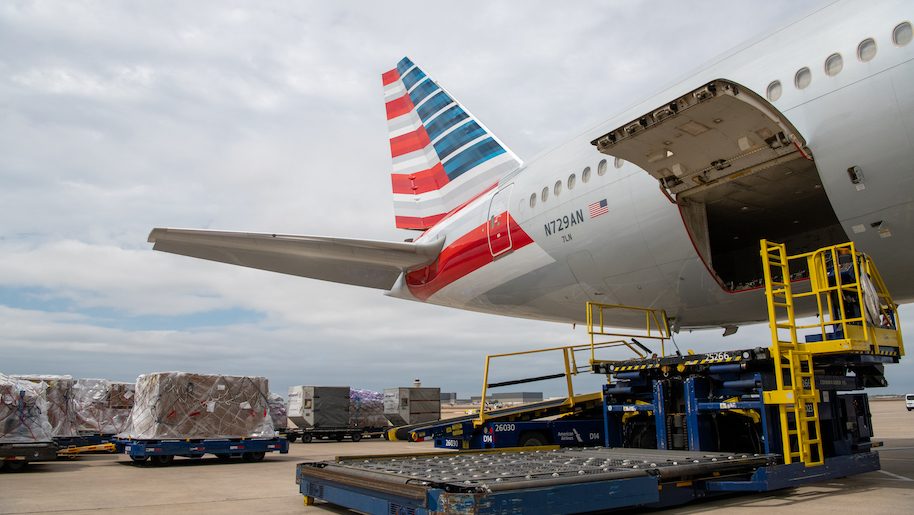 American Airlines is increasing its cargo operations in the Asia Pacific region, with plans to upgauge its Dallas-Fort Worth-Tokyo-Narita passenger flight to make room for more cargo.

The Dallas-based carrier, which has cut 80 per cent of its international passenger flights, has expanded its May cargo-only schedule to provide 140 weekly flights to 15 cities in Asia Pacific, Europe and the Caribbean, an increase from the 80 flights it flew earlier this month.

In March, American flew its first cargo-only flight in more than 36 years. These flights carry goods such as fresh produce, temperature-controlled drug trials for coronavirus and Personal Protective Equipment (PPE), the airline said.

“Cargo is incredibly important for the airline,” Russ Fortson, managing director of Asia Pacific operations for American Airlines told Business Traveller Asia-Pacific. “We ship over two billion pounds of cargo annually. Particularly in Hong Kong, cargo is huge business for us which is why despite the fact that we’ve suspended passenger operations, there is considerable cargo demand and that’s why we are operating the cargo only flights,” he added.

Many airlines around the world have drastically cut their passenger flights in the wake of the coronavirus pandemic. Typically, almost half of the world’s air cargo is carried in the bellies of these passenger aircraft.  Since the pandemic, airlines have started operated these cargo-only flights using passenger planes to deliver critical supplies around the globe and fill the revenue void left by the drop in passenger numbers.

The US carrier suspended its passenger flights to Hong Kong, along with most of its other routes in the Asia Pacific region, earlier this year due to the coronavirus crisis.

But the carrier recently added a new cargo-only flight between the US and Hong Kong on May 14 due to increased cargo demand. American Airlines now operates two daily flights to Hong Kong with no passengers but only cargo in their bellies, one from Dallas-Fort Worth, and the other from Los Angeles International Airport.

Other destinations in the Asia Pacific region for American Airlines’ cargo-only flights include Seoul, Tokyo-Narita, Sydney, Shanghai and Beijing.

“American has a critical role to play in keeping medical supplies and essential goods moving to and from Hong Kong, Shanghai and Seoul, during this unprecedented time. We are proud to do our part to find ways to continue to serve our customers and our communities,” said Fortson.

The carrier is planning to resume its services to Hong Kong, where there are currently travel restrictions in place, in July.

The carrier is currently only operating its Tokyo-Narita passenger flight in the Asia Pacific region. Fortson said American Airlines is planning to upgauge this three times weekly passenger flight to a Boeing 777-300ER, replacing the Boeing 787-8 currently used on this route . The new aircraft will be deployed on this route to make room for more cargo between June 7 and July 6.

Fortson said traffic on these flights consist of US military personnel, as well as connecting customers.

“While the load factor is not like what it was pre-Covid, it’s boosted by cargo. The cargo makes up for the shortfall in passenger numbers,” Fortson added.

The carrier said it is carrying essential medical supplies to help those on the frontline of the Covid-19 battle, as well as other essential goods including automotive parts and electronics on this Tokyo-Narita route.

American joins a number of airlines who have turned to cargo operations for much-needed revenue in an effort to compensate for a lack of passengers due to low travel demand and government restrictions in the wake of the coronavirus crisis.

Some carriers, like Air Canada and Lufthansa have begun retrofitting passenger-only planes to carry cargo in the passenger cabin. American Airlines is currently only carrying cargo in the belly of its passenger aircraft, but the carrier said it is open to this option in the future.

“We have the approval to carry cargo in the passenger cabin in the overhead bins for example, but at this point in time for Asia we are not planning on doing this,” said Fortson.

Loading comments...
Read Next
The big picture: Frankfurt airport gets ready to "ramp up passenger flights"
Read Previous
Finnair to resume flights to Asia in July 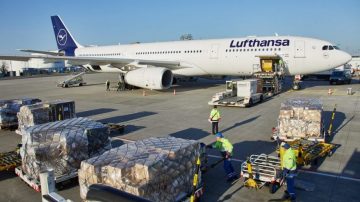 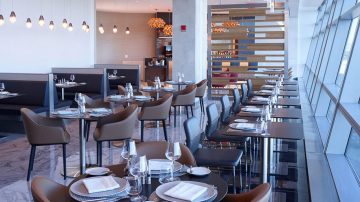