Finnair to resume flights to Asia in July

Finnair has announced plans to operate around 30 per cent of its flight network from July, with a focus on “strategically important” routes to Asia.

The carrier is currently only operating around five per cent of flights, maintaining critical air connections within Finland.

From the UK, Finnair is already flying double daily from Helsinki to Heathrow, but this will increase to three flights per day during August and September, and four daily frequencies in October.

Note that Finnair’s Heathrow services will operate to and from T2 until further notice, with the temporary closure of T3.

Manchester meanwhile will see four flights per week in July, increasing to daily in September.

Finnair has an extensive Asian network, and will resume long-haul flights to the region from July, with flights to Beijing, Hong Kong and Shanghai in Greater China (subject to government approval), as well as Nagoya, Osaka and Tokyo Narita in Japan, and Singapore, Seoul and Bangkok.

From August the carrier will add flights to Delhi and New York, followed by Tokyo Haneda in November. There are also plans to fly to Miami, Krabi and Phuket for the winter holiday season.

Finnair said that its long-haul operations would be supported by cargo demand.

Then in August the airline plans to restart flights to Barcelona, Milan, Madrid, Rome and Warsaw, as well as “key holiday destinations in southern Europe” during the summer holiday season.

Domestic destinations set to be served during July include Kuopio, Mariehamn, Oulu, Rovaniemi, Turku and Vaasa, followed by Ivalo and Kittilä from August, and Kuusamo and Tampere from September.

But routes to Joensuu, Jyväskylä, Kajaani, Kemi and Kokkola will not operate this summer for commercial reasons.

Schedules will be reviewed on a monthly basis, and updated “as travel restrictions are eased and demand starts to recover”.

“We expect aviation to recover gradually, starting in July. Our intention is to operate approximately thirty percent of our normal flights in July, and we will also start long-haul flights to our key Asian destinations. We will then add routes and frequencies month by month as demand recovers.

“Our recent customer survey shows that customers are already planning both business and leisure trips. We want to meet this demand with our network offering.”

Carriers worldwide are gradually beginning to announce the resumption of flights – Lufthansa Group plans to operate 1,800 weekly flights from next month, while Qatar Airways is set to increase flights to 80 destinations by end of June, and Ryanair is planning to return to 40 per cent of its schedule in July. 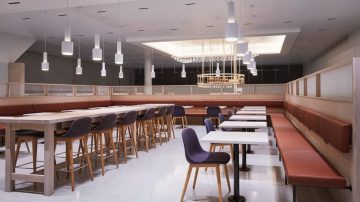