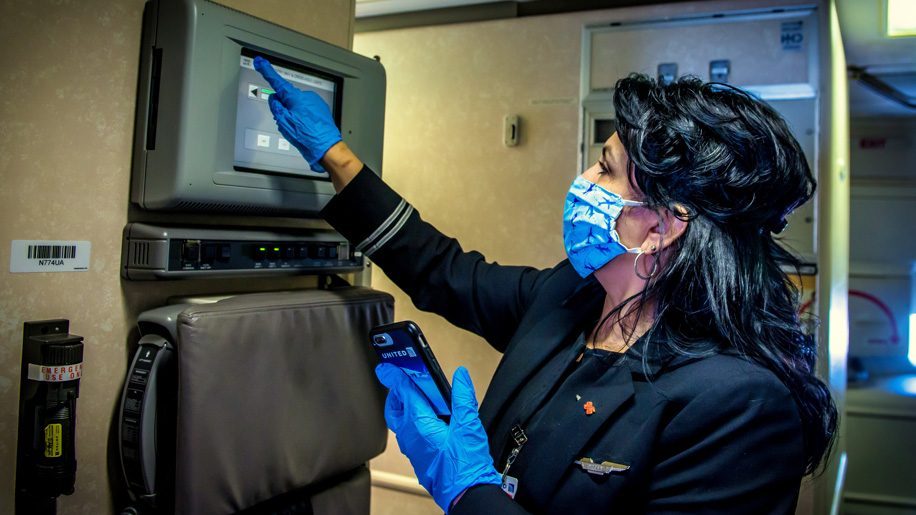 The International Air Transport Association (IATA) said it supports wearing face masks during a flight over “mandating” social distancing measures onboard as airlines consider how to restore confidence in flying.

“Mask-wearing by passengers and crew will reduce the already low risk, while avoiding the dramatic cost increases to air travel that onboard social distancing measures would bring,” said IATA in a statement posted on its website.

The statement comes as a growing number of airlines have been responding to the coronavirus crisis by requiring face masks for passengers and crew, as well as rolling out social distancing measures like blocking middle seats from being booked on planes in an effort to curb the spread of the disease.

Major carriers such as Emirates, United, American Airlines and Japan Airlines have all blocked middle seats on all or some of their flights. Some airlines have also been criticised recently for foregoing social distancing measures onboard, such as Irish carrier Aer Lingus which has come under scrutiny for running a flight from Belfast to London with no social distancing.

IATA said that evidence so far, which it admitted was limited, suggested the risk of virus transmission on a plane is low “even without special measures”.

It said this is because passengers face forward with limited face-to-face interactions, aircraft are fitted with High Efficiency Particulate Air (HEPA) filters which ensures “fresh air circulation”, and seats provide a barrier to the person in front.

“Screening, face coverings and masks are among the many layers of measures that we are recommending. Leaving the middle seat empty, however, is not,” he added.

“Airlines are fighting for their survival. Eliminating the middle seat will raise costs. If that can be offset that with higher fares, the era of affordable travel will come to an end. On the other hand, if airlines can’t recoup the costs in higher fares, airlines will go bust,” said Juniac.

It added that calls for social distancing measures on aircraft would “fundamentally shift” the economics of aviation as airlines would have to sell fewer seats at higher costs. IATA said “air fares would need to go up dramatically—between 33% and 58% depending on the region—just to break even”.

The aviation body is also proposing other safety measures in addition to face masks, including temperature screenings, limiting movement within the cabin, frequent and deeper cabin cleaning, and “simplified catering” that lowers crew movement and interaction with passengers. It added that Covid-19 tests and immunity passports could also be included as safety measures.

“The aviation industry is working with governments to re-start flying when this can be done safely. Evidence suggests that the risk of transmission on board aircraft is low. And we will take measures—such as the wearing of face coverings by passengers and masks by crew—to add extra layers of protection,” said Juniac.

Airlines such as United, American Airlines and Singapore Airlines have already required flight attendants to wear masks. Recently, KLM announced that passengers will have to wear face masks effective May 11.