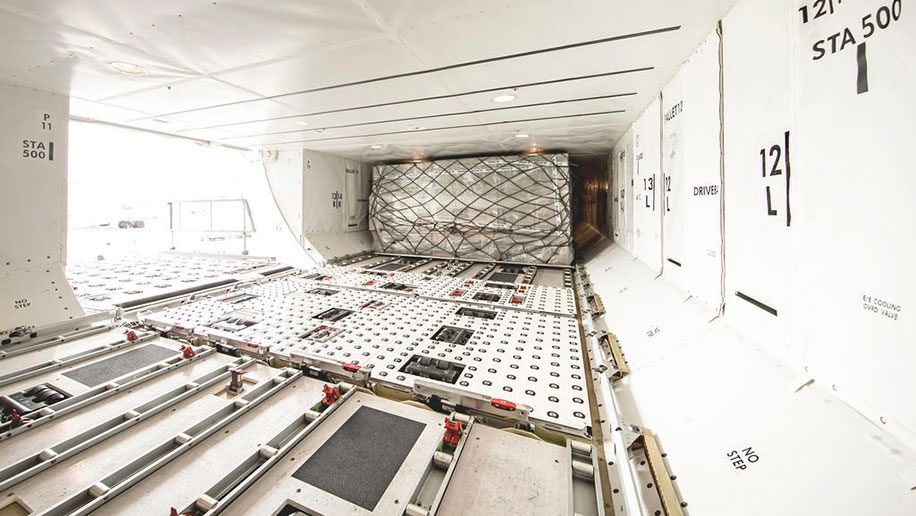 In the current climate with almost all passenger flights grounded some resourceful carriers have turned to cargo operations to bring in much-needed revenue.

Some of the more interesting examples are:

Air Canada which was one of the first to transform several B777-300ERs to cargo operation. They are flying to Shanghai and Tokyo to bring back medical equipment to Canada.  Full story via Forbes.

Closer to home we find Swiss developing a cargo-only operation at its Zurich headquarters. It has already operated 80 special cargo flights in recent weeks.  It plans another 100 between now and the end of May.  These are Zurich-Shanghai (up to three flights daily) [DAILY], Beijing (up to twice daily) [DAILY], Chicago and Tokyo (both twice weekly) along with Bangkok and Singapore (both weekly). Further destinations could be added. Swiss has removed economy seats from three of its 12-strong fleet of B777-300ERs. These cargo flights are mainly transporting medical supplies back to Switzerland.

Virgin Atlantic will operate 90 cargo flights per week starting next month [MAY] over many routes. Two of the routes will link London Heathrow with Dublin and Tel Aviv using [passenger] aircraft.  They will operate twice weekly.  Interestingly they will use Heathrow as a hub for onward cargo services to the US,  Hong Kong, Shanghai and Johannesburg.  Virgin Atlantic says its Tel Aviv flights will “reopen vital trade lanes for pharmaceuticals, electronics and perishable cargoes.”

As previously reported by Business Traveller,  Kenya Airways has turned to cargo operations in a bid to stay afloat.  The Nairobi-based carrier has suspended all international passenger flights.  It is now freighting produce and equipment by its converted B787s to a number of destinations including London.

One wonders whether or not airlines prefer their new cargo role.  As Forum contributor “capetonianm” noted carrying cargo can be a lot easier than having to deal with passengers.

“Volumes fell by over 15% in March compared to the previous year. But capacity plummeted by almost 23%. With most of the passenger fleet sitting idle, airlines are doing their best to meet demand by adding freighter services, including adapting passenger aircraft to all-cargo activity. But mounting these special operations continues to face bureaucratic hurdles. Governments must cut the red tape needed to approve special flights and ensure safe and efficient facilitation of crew,”