Amsterdam Schiphol airport has moved further towards what it is calling ‘Core Schiphol’, with just three of its piers now in operation.

Piers D, E and F are in service, while B is only partially accessible for the gates where travellers are bussed to their flights, and C, G and H/M have been closed.

As Business Traveller reported last week, the out of service piers are being used to park aircraft, many of which belong to Dutch flag carrier KLM.

The airport said it had been offering “a scaled-back version of its facilities to departing travellers for the past week”, with check-in facilities limited to Departures 2 and 3.

Travellers to Schengen zone destinations pass through a temporary security area near Departures 1, while all other passengers go through regular security in Departures 2.

Lounges 1 (for Schengen services) and 2 (for all other flights) remain open, while Lounge 3 is now closed.

“There were only around 5 per cent of travellers and 10 per cent of flight movements in recent days, when compared to the same period last year. Our operations have shrunk, but we always remain open. That way, people can get home and things like fruit, vegetables and medical supplies can get to their destinations”.

Airports worldwide are either temporarily closing or adapting their services in the light of global travel restrictions. From yesterday (April 6) London Heathrow moved to a single runway operation, “as a temporary measure to increase resilience and safety for colleagues, passengers and cargo”. 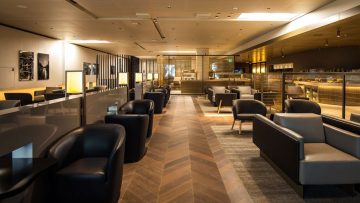