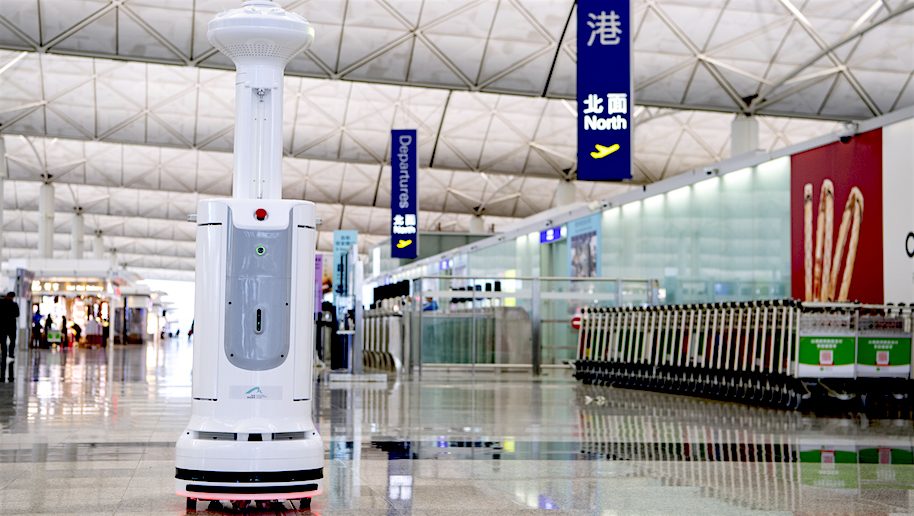 Hong Kong International Airport has deployed several self-driving robots to clean public areas as part of its measures to protect against the spread of the coronavirus.

While robots have reportedly joined the battle against Covid-19 in a number of hospitals around the world, Hong Kong’s airport is the first airport in the world to use the sterilization robots, which were developed in the city.

Robots called “Whiz” and “Intelligent Sterilization Robot (ISR)” have been used at the airport to sanitize and clean public areas like toilets.

The airport has deployed three robots known as Intelligent Sterilization Robots (ISR) for cleaning and disinfection. These are being used “round-the-clock” in public toilets and “key operating areas” in the terminal building.

These tall, self-moving robots are equipped with both a UV light sterilizer and an air sterilizer to kill germs. Each ISR has a head that can spin 360 degrees to spray disinfectant and a body that is lined with bulbs that emit ultra-violet lights.

The airport said these can”sterilize up to 99.99% of bacteria and virus in the air and on object surfaces” in just 10 minutes.

Robots emitting ultraviolet lighting have reportedly been used in hospitals as well to kill microbes, according to the BBC. The light destroys bacteria, viruses and other harmful microbes by damaging their DNA and RNA, so they can’t multiply, according to the same BBC report. 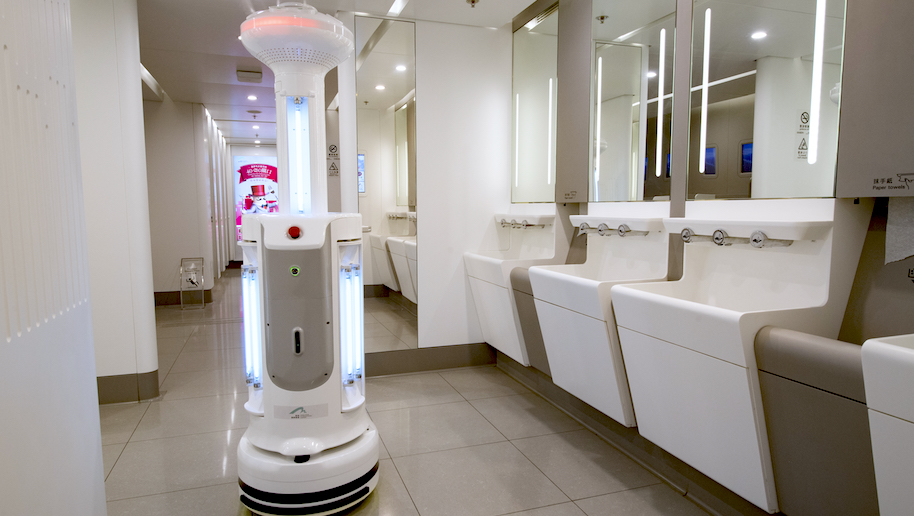 The airport authority said during the UV light sterilization process, the cleaning areas are cordoned-off to prevent travellers at the airport from coming in contact with the robots and its light.

During the air spray sterilization process, the robots can sterilize designated areas with people on site, the airport authority said.

The airport is also using five Whizz robots, which are self-driving vacuum sweepers that clean floors at the airport’s terminals. 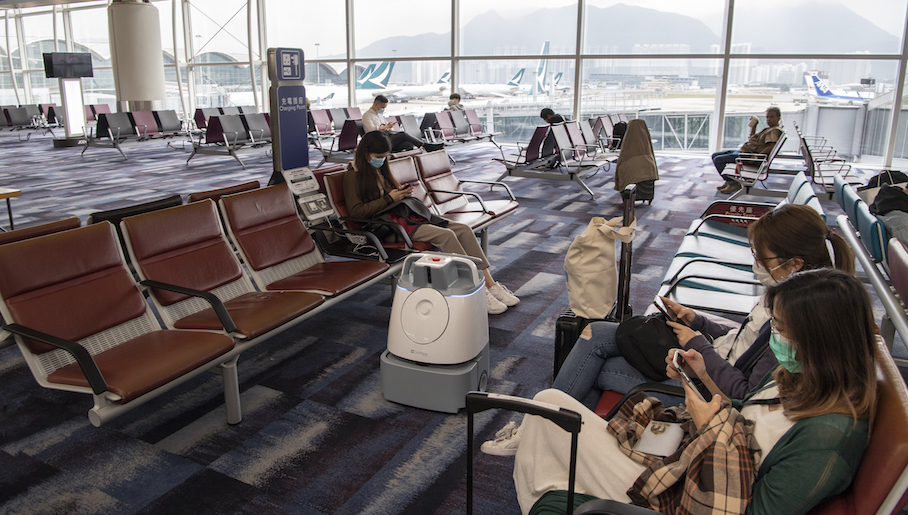 Hong Kong Airport said it is stepping up cleaning measures

Hong Kong closed its border to all non-residents arriving in the city’s airport last month in an effort to stop the spread of the coronavirus.

Hong Kong Airport has still stepped up preventative measures. In addition to deploying robots, the airport is conducting temperature checks for all passengers, visitors and airport staff. Any person with a suspected fever will not be granted access to the terminal and will be advised to seek “medical consultation,” said the city’s airport authority.

Cleaning and disinfection efforts in the terminals and passenger facilities have also been stepped up. Frequently touched surfaces, such as escalator/walkways handrails, lift buttons, self check-in and self-bag drop counters are cleaned and disinfected every hour, according to the airport authority.

The airport authority also said it has doubled the availability of its alcohol-based hand sanitizers which are available at “all major passageways” and “high traffic areas” inside the terminal buildings.

It added that regular cleaning is carried out by cleaners inside the Automated People Mover (APM)  trains at their last stops. Meanwhile, “thorough disinfection “of the APM trains is carried out in the depots at the end of their daily service.

Singapore’s Changi Airport, one of the busiest airports in the world, has also stepped up precautionary in the wake of the coronavirus pandemic.