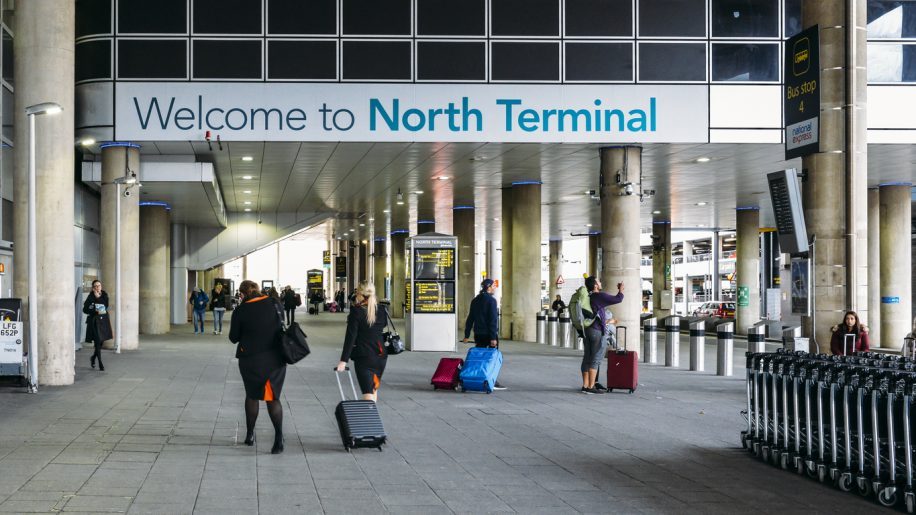 Gatwick Airport is set to close its North Terminal on April 1, as demand plummets due to the coronavirus pandemic.

The airport, which served 46 million passengers last year, also said its runway would only be in use between 1400 and 2200 for scheduled flights.

It will remain available for emergency landings and diversions outside these hours.

At a time when airports would usually be entering the start of the summer season and preparing for increased passenger numbers, they are instead working out how to run facilities that will be near-empty over the next few months.

London City, the inner-city airport favoured by business travellers, is closing to all commercial passengers from March 25 until the end of April.

The airport is next to the Excel conference centre, which is being turned into a makeshift field hospital with 4,000 beds.

So far the small Carlisle Lake District Airport in the north of England is the only other UK airport to announce it will shut to all commercial flights, though Cornwall Airport is only running ‘lifeline flights’ to the Isles of Scilly.

Many others are closing lounges, shops, restaurants and public spaces, and putting staff on leave.

Manchester Airport is consolidating all operations into one of its three terminals, with all flights departing from and arriving into Terminal 1 from Wednesday March 25. Some F&B outlets will remain open, but the number will be reduced in accordance with demand.

Heathrow told Business Traveller earlier this week it is taking “the necessary steps to reorganise our operation and remain open throughout this crisis.”

This includes the potential closure of some infrastructure, such as certain terminal zones and satellite buildings, though no areas have yet been closed.

However British Airways announced today it will move all of its flights at Heathrow Terminal 3 to Terminal 5 from Sunday.

Luton Airport has closed its long- and medium-term car parks and will be closing parts of its terminal building. Almost all cafes, restaurants and bars have closed, and those that remain open are offering takeaway only.

Edinburgh Airport is implementing a partial shutdown, the Scotsman reports, as it predicts a “period of zero or close to zero passenger demand.”

Its south east and west piers will be shut off, representing 12 of its 31 departure gates. Meanwhile one of two immigration halls will be closed, as well as all but four of its 28 shops, cafes and bars.

Bristol Airport says it is “scaling back facilities” in its terminal, including a reduction in the opening hours of catering and retail outlets.

Stewart Wingate, Gatwick CEO, said today: “Gatwick is a resilient but also responsible business and during these extraordinary times we need to take unprecedented measures to protect the health and wellbeing of our staff and passengers, while also shielding the business from the impact of Coronavirus.

“I would also like to take this opportunity to thank my staff for their continuing hard work through this difficult time and to reassure them that we are taking these difficult decisions now, so that we are in a position to recover quickly and get back to generating jobs and economic benefits for the region and wider economy well into the future.”

The disruption is hitting the aviation industry around the world.

This week Dubai International Airport, the world’s busiest airport for international travel, and Abu Dhabi Airport closed to all commercial passengers for at least two weeks as a UAE flight ban comes into force.

Loading comments...
Read Next
ANA and JAL to revise summer schedules for international flights
Read Previous
The Ritz London closes its doors for first time in over a century
Our Awards

Features
British Airways: how to cancel, rebook or get a refund on your flight
26 Mar 2020

Features
Emirates: how to cancel, rebook or get a refund on your flight
26 Apr 2020
Loading...