Air New Zealand has reduced its international flight schedule to 11 routes amid the tightening of border controls around the world due to the ongoing coronavirus (Covid-19) crisis.

The carrier’s chief revenue officer Cam Wallace announced some of the changes to the international schedule in a series of tweets posted on twitter on March 25.

According to the New Zealand Herald, the airline will operate the following 11 services between March 30 to May 31:

Wallace also took to twitter to address the reduction of seats available on flights.

In terms of the @FlyAirNZ reduction of seats available for sale, we have around 10-12% of our normal schedule operating. It’s primarily designed to allow kiwis to return home, essential worker travel and for cargo purposes. Flights are not full.

Earlier this month, the carrier said it would reduce its long-haul capacity by 85 per cent over the coming months.

A number of countries have closed their borders in an effort to stop the spread of the coronavirus. This has led to airlines around the world cutting capacity or suspending international flying altogether, such as Qantas, Virgin Australia, Emirates, Etihad, Vietnam Airlines, and HK Express. 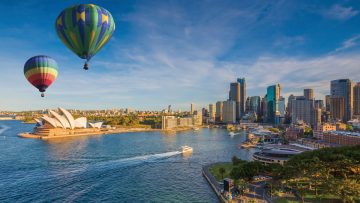 News
In Australia and New Zealand, travellers are running out of options for leaving
24 Mar 2020

News
Emirates and Etihad to suspend all services from March 25
23 Mar 2020
Loading...