Coronavirus: Norwegian to cut back flights between Europe and US

Norwegian has announced plans to cut selected routes between Europe and the US over the next few months, due to a reduction in demand as a result of the ongoing coronavirus outbreak.

The low-cost carrier says it will cancel a total of 22 long-haul flights between March 28 and May 5. Affected routes include London-New York (where the three daily departures will be reduced to two on some days), and services from Rome to Los Angeles, Boston and New York.

The airline confirmed the move as it announced its February traffic figures, with 1,955,585 customers carried during the month, and a load factor of 81.7 per cent, up 0.2 per cent.

“Norwegian has during the past few days experienced reduced demand on some routes, particularly on future bookings. Bookings for flights departing in the coming weeks are less affected. The company has decided to cancel 22 long-haul flights between Europe and the US from March 28 to May 5.

“Norwegian has a limited number of flights to Northern Italy and other regions heavily affected by the virus. In addition, the company has a higher share of leisure traffic, which seem less affected than business traffic. The company has also already reduced its capacity by up to 15 percent in 2020. Norwegian is monitoring the developments closely and is continuously evaluating additional changes to its schedule.”

Norwegian also said that “given the uncertainty and ongoing impact on overall demand for air travel”, it is withdrawing it 2020 guidance provided last month, as “at this stage, it is too early to assess the full impact on our business”.

In recent months Norwegian has been implementing a “strategy of moving from growth to profitability” – in October the carrier announced frequency increases on routes from Gatwick to the four “key US destinations” of San Francisco, Austin, Denver and Tampa from March 29, 2020, although the move will also see it reduce frequencies on transatlantic routes to Buenos Aires, Orlando, Miami and Rio from the same date.

And late last year the carrier also confirmed plans to end end all of its long-haul flights from Sweden and Denmark – also from March 29, 2020, citing “overall demand and commercial viability”.

Last month Norwegian returned three pairs of Heathrow slots which it had been awarded for this summer, stating that they “do not fit into our network plan at this current time”. 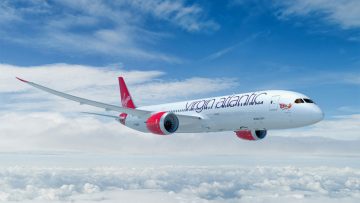 Features
Coronavirus: What UK airports are doing to keep us safe
4 Mar 2020