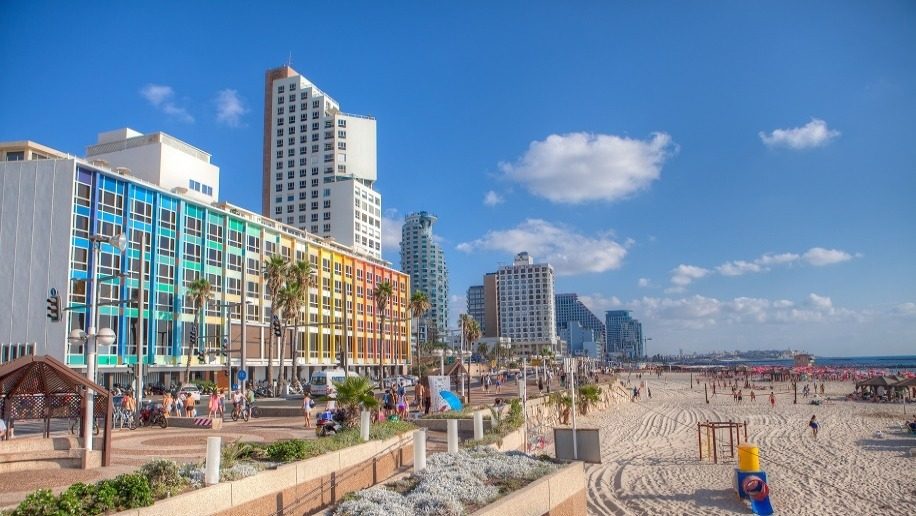 Air France has joined Lufthansa Group carriers in suspending flights to Tel Aviv. The airline said it will not operate flights until March 28, with flights resuming March 29.

The Lufthansa Group has announced that all flights to Israel will be suspended from March 8 until March 28 due to an Israeli government travel ban.

Lufthansa, Swiss and Austrian Airlines have daily flights to Tel Aviv. Lufthansa has one weekly service to the southern port town of Eilat.

The suspension does not apply to group member Brussels Airlines, a spokesperson confirmed to Aviation24.be.

In a statement, the Lufthansa Group said:

“The extended refusal of entry by the Israeli authorities, which applies from March 6 to travellers from Germany, Switzerland and Austria amongst others, will lead to a considerable drop in demand for flights to Israel

“As a result, Lufthansa, Swiss and Austrian Airlines will cancel all their flights to Tel Aviv and Eilat as of Sunday March 8, 2020 for the remaining winter timetable period until March 28, 2020.

“The Lufthansa Group sees itself forced to make this cancellation for economic and operational reasons, as many passengers are no longer entitled to enter the country.

“For operational reasons, some flights to Tel Aviv scheduled to depart this Friday and Saturday have already been cancelled as flight crews are also affected by these new restrictions.”

In total the Lufthansa Group plans to cancel 7,100 European flights in March,including 3,750 flights from Frankfurt to 75 airports, and 3,350 flights from Munich to 65 airports.

It represents a reduction in capacity on short-haul operations of 25 per cent.

Coronavirus: Lufthansa Group to cut short-haul operations by “up to 25 per cent”

The group said: “The focus is on domestic flights from the Frankfurt hub to Berlin, Munich and Hamburg as well as from Munich to Berlin, Hamburg, Düsseldorf, Cologne, Bremen and Hanover.

“These are high-frequency connections, some of which are operated up to every half an hour by Lufthansa. Numerous rebooking options are available.

“A second focus of the route cancellations and frequency adjustments is Italy. This includes the destinations Milan, Venice, Rome, Turin, Verona, Bologna, Ancona and Pisa.”

Lufthansa has also suspended flights from Germany to mainland China until April 24, and to Tehran until April 30.

The airline is reducing frequencies in its route network to and from Hong Kong and Seoul.

Flights between Munich and Hong Kong will be suspended between 6 March and 24 April. Passengers will be rebooked via Frankfurt and Zurich if possible during this period.

Between March 5 and April 24, some frequencies will also be cancelled on routes from Frankfurt and Munich to Seoul.

The International Air Transport Association (IATA) has predicted the coronavirus outbreak could cost the global airline industry $63 to $100 billion.

News
Coronavirus: Norwegian to cut back flights between Europe and US
5 Mar 2020