Russia’s flag carrier Aeroflot has made temporary changes to its flight schedule to destinations in mainland China and Hong Kong until March 28 due to “a decrease in demand”.

The Russian carrier currently operates two daily flights to Beijing and Shanghai from Moscow, as well as one daily flight to Guangzhou and Hong Kong from Moscow.

The airline has lowered the number of flights on its Moscow-Guangzhou service until March 28. Flights between Moscow and Guangzhou will only fly on Tuesdays, Thursdays, Fridays and Sundays.

From March 1 to March 28, the airline will reduce the number of flights on its Moscow-Hong Kong service from daily to four times weekly. The flights between Moscow and Hong Kong will operate on Mondays, Wednesdays, Fridays and Saturdays only.

The table below shows the airline’s flight adjustments from February 17 to March 28:

Business Traveller Asia-Pacific is also updating a list of airlines that have suspended or cut flights to Hong Kong: 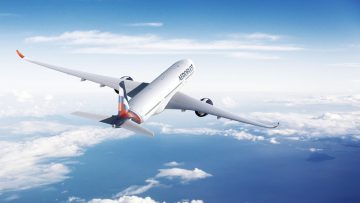