Thai Airways has cut services between Singapore, South Korea, mainland China and Bangkok due to a fall in demand caused by the coronavirus outbreak which originated in the Chinese city of Wuhan.

The airline will cut flights on its Bangkok-Singapore route from five roundtrip flights per day to four per day between February 20 and March 27.

It will also reduce flights on its Bangkok-Busan route on February 27 and between March 5 and March 26. The airline typically offers five round-trip flights per week between Bangkok and Busan.

The airline will also cut flights on its Bangkok-Seoul route from five flights per day to four per day between February 26 and March 29.

Thai Airways has also extended its suspension on flights to mainland China to March 29. Previously, the airline had cancelled its China flights until February 29.

A detailed schedule on which flights to mainland China, South Korea, and Singapore will be affected on which days can be viewed here. 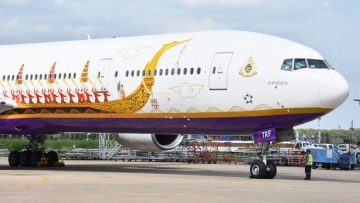