Eurostar will introduce a fully direct service between London and Amsterdam on April 30.

Currently passengers on the Amsterdam to London leg are required to leave their train in Brussels, clear immigration and security checks, and then get on another service.

The direct service from Rotterdam will begin on May 18. Before this date passengers boarding at Rotterdam will continue to take a Thalys train to Brussels and change, as in the current service.

Tickets for both will go on sale on February 11.

There are currently three outbound services a day from the UK to the Netherlands.

Eurostar said the direct inbound journey from Amsterdam to London will start with two services, with the aim of increasing to a third, and later a fourth.

Eurostar launched service to Amsterdam in 2018.

With public concern over the environmental impact of aviation on the rise, the high-speed rail service wants to promote its sustainability credentials. It says it results in 80 per cent less carbon per passenger between London and Amsterdam than an equivalent flight. 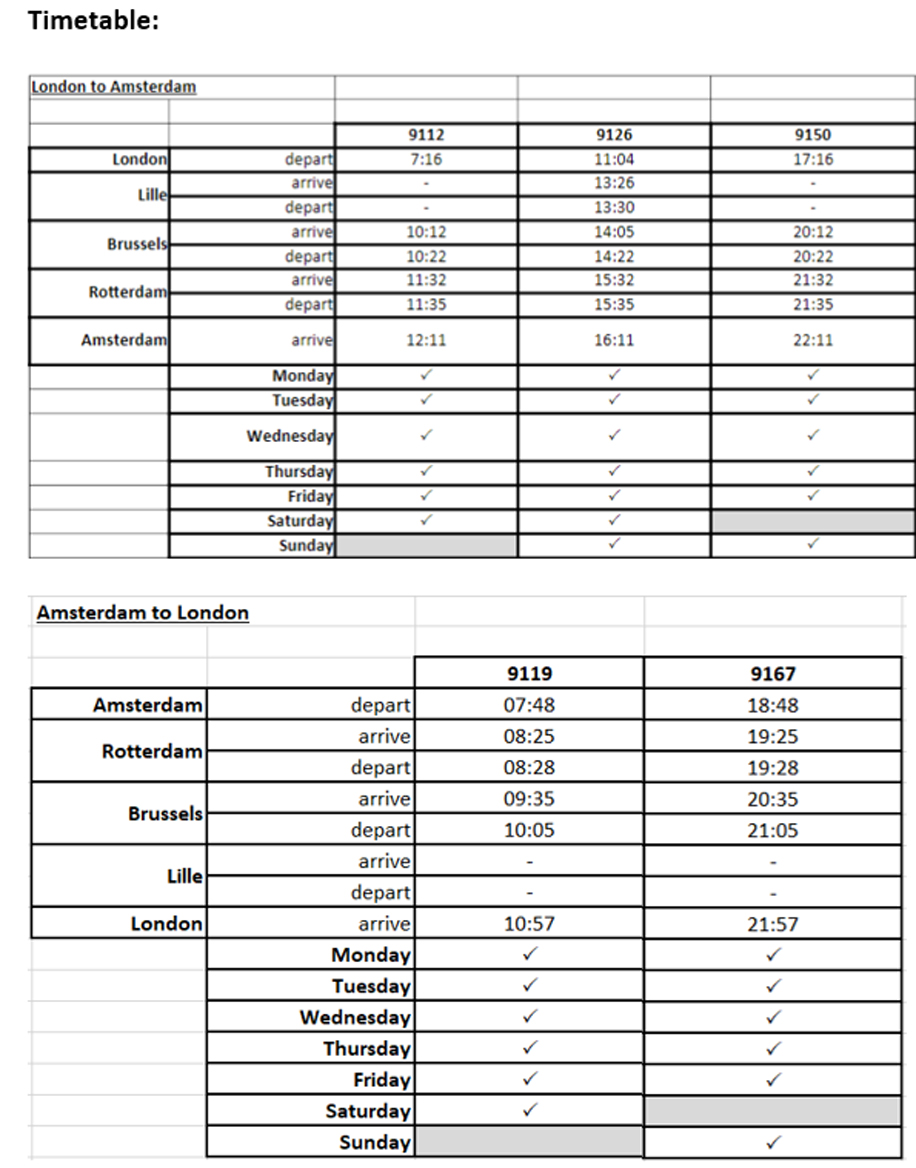 “Checks in Brussels will no longer be necessary, saving travellers an hour of travel time. This way the train really becomes a fully-fledged alternative to the plane.”

Eurostar CEO Mike Cooper commented: “Our services from the UK to the Netherlands have proved very popular with over half a million travellers since launch.

“Our fully direct service marks an exciting advance for high-speed rail and provides consumers with a comfortable, environmentally friendly alternative to the airlines on one of Europe’s busiest leisure and business routes.”

Roger van Boxtel, head of Dutch rail operator NS, said: “Brexit or not, London will be closer from April 30.

“Eurostar will take travellers from the centre of Amsterdam to the heart of London in four hours.

“The international services to Brussels and Paris are already a success, and from today we can now add London.

“The sustainable train is the future and brings Europeans together.”