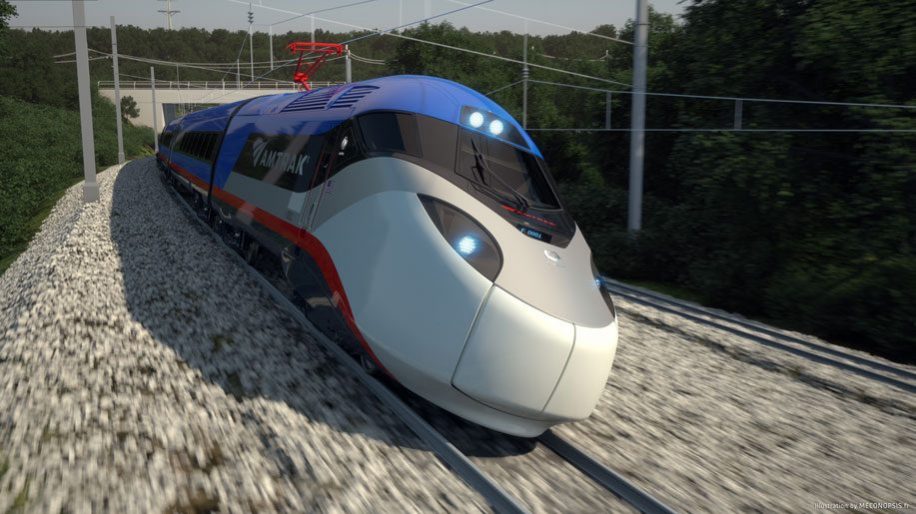 Business Insider reports that the first completed trainset – locomotive and passenger cars – was revealed in a video. It’s the first look at the exterior of the “Avelia Liberty” trains, with the interiors having been previewed last year.

The blue-and-white train seen in the video is one of two completed thus far. It will soon be relocated to Colorado for testing. Eventually, Amtrak will have 28 new trainsets for its premium Acela service.

The new trains can travel at up to 160 mph and feature tilting technology that makes for a smoother ride. Trains also will have more seats and better restrooms, the latter using touch-free technology.

The new trains are expected to start entering Amtrak’s fleet in 2021.