US passenger railroad Amtrak recently proposed adding a new route between the southern cities of Nashville, Tennessee and Atlanta, Georgia.

WLVT reports that Amtrak officials told Tennessee lawmakers that the proposed service would include stops at Murfreesboro, Tullahoma, and Chattanooga in Tennessee, as well as stops in Georgia.

Amtrak would operate two daily trains in each direction on the route. The trip would take 6.5 hours to complete.

“Amtrak has almost no service in Tennessee, and we’d like to change that,” said railroad representative Ray Lang.

Currently, the railroad has no Nashville service, with trains stopping only in Memphis and Newbern-Dyersburg.

Lang made his remarks before the Tennessee House Transportation Committee. 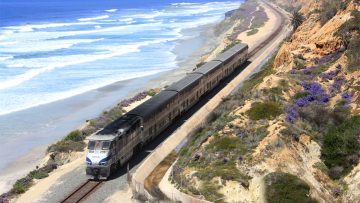