Oneworld has confirmed Royal Air Maroc will join the alliance on April 1, marking the end of a 15-month implementation programme.

Business Traveller first reported on plans for the Moroccan flag carrier to join Oneworld back in December 2018.

The airline’s regional subsidiary Royal Air Maroc Express will also join as an affiliate Oneworld member at the start of April.

The alliance says that the Casablanca-based carrier will add 39 new destinations in 23 countries to the Oneworld network. The airline has a fleet of 60 aircraft, over half of which are B737-800s.

Last year it carried 7.5 million passengers, and the carrier has a five-year growth plan to increase its network from 94 to 121 destinations.

The Royal Air Maroc Safar Flyer loyalty programme has over one million members, all of whom will be able to earn and redeem across Oneworld member airlines from April 1.

Royal Air Maroc is Oneworld’s first new full member since 2014 – in September last year it was confirmed that LATAM would be leaving the alliance “in due course”, following Delta’s announcement that it will take a major stake in the Latin American carrier.

Commenting on the news Rob Gurney, CEO of Oneworld, said:

“We are honoured and delighted to welcome Royal Air Maroc into the alliance, adding our first full member in the fast-growing African continent. The quality service and global network offered by Royal Air Maroc will position oneworld as the preferred alliance in Africa, where Casablanca is a leading global financial centre.

“We want to thank the team at Royal Air Maroc for all their hard work in the past year to prepare for its historic entrance into oneworld, and look forward to celebrating with them in Marrakesh in March.” 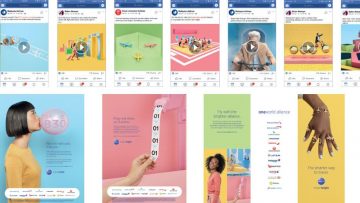