Kolkata has experienced a growth of 13.3 per cent in foreign tourist arrivals (FTA) numbers between April-December 2019. The addition of these flights will further boost international traffic to the ‘city of joy’.

“Dubai as a destination, witnessed the highest outbound traffic from India on 6E network in 2019, and these new connections will help us cater to and stimulate demand for outbound travel to and from Kolkata. Over the last few years, Kolkata has emerged as a well-known tourist destination, witnessing domestic as well as international tourist growth. These flights will not only promote economic growth and social cohesion but are also a step towards creating corridors of connectivity from the middle east to South East Asia, with Kolkata as the gateway,” says Ronojoy Dutta, chief executive officer, Indigo

Loading comments...
Read Next
Ireland to get first ever scheduled route to Egypt
Read Previous
Vistara adds Kathmandu to its network 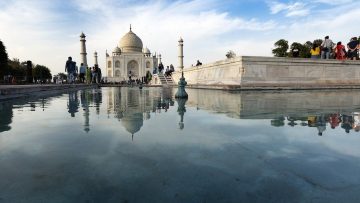