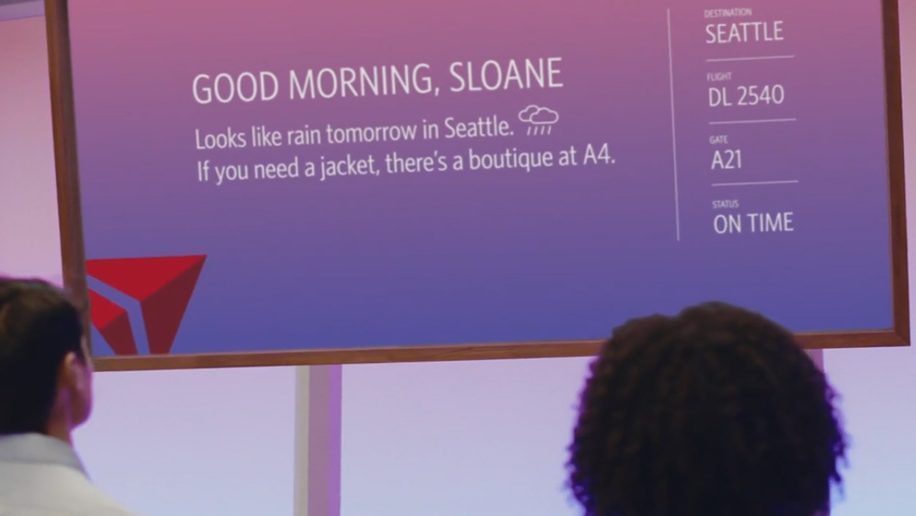 Among the announcements is something called Parallel Reality, which will be trialled at Detroit airport later this year.

The technology allow numerous travellers to be stood in front of one information screen, and view different content, at the same time, without the use of special glasses.

Sounds impossible? The carrier says that “Leveraging multi-view pixels and proprietary technology, this innovation enables each customer to see personalized, in-language messages – tailored just to them – as they walk past the digital screen”.

For those still none the wiser, more information on the technology can be seen on the Misapplied Sciences website, with which Delta is partnering for the trial.

Delta says that “nearly 100 customers” will be able to opt-in to the trial, and will then head to the Parallel Reality screen after security, located near to the Delta Sky Club on Concourse A within the McNamara Terminal.

Travellers will be asked to scan their boarding pass and select the language they wish to use, and will then be presented with personalised messages tailored to them as they walk past the screen.

Delta says that for the trial “tailored messages may include personalised wayfinding, flight information or updates, boarding time, the nearest Delta Sky Club or even upgrade/standby status” – and the carrier stresses that customer information will not be stored.

Commenting on the technology Delta’s chief operating officer Gil West said that it “has to be seen to be believed”, adding that “it has the potential to make even the busiest airports much easier to navigate, even if you don’t speak the language”.

“Not only will Parallel Reality reduce stress and save time for our customers, but when combined with the warmth and thoughtfulness of our Delta people, the possibilities are endless,” said West.

During a keynote speech at CES, Delta’s CEO Ed Bastian also outlined a number of other technological innovations, including the transformation of the Fly Delta app into a “digital travel concierge”.

Initial upgrades will include the ability for customers to be alerted when their particular seat is boarding (rather than just the flight itself as at present). An expanded partnership with ride-sharing firm Lyft will also make it easier for customers to earn miles during Lyft rides, with other features being explored including “providing estimated arrival times powered by Lyft, testing a dedicated premium Delta-Lyft experience at some of the busiest U.S. airports, and offering the option to pay for rides using miles”.

Bastian said that “Customers tell us they want Fly Delta to become their ‘home base’ for managing their travel day”.

“Instead of checking one app for traffic, another for airport parking and a third for TSA wait times, Delta is building the capability to simplify travel by helping you manage everything from ridesharing and in-flight entertainment to bag delivery and hotels,” he added.

Other initiatives announced at CES include:

Loading comments...
Read Next
These are the top 20 safest airlines in the world for 2020
Read Previous
Jetblue to offset emissions on all domestic flights
Our Awards 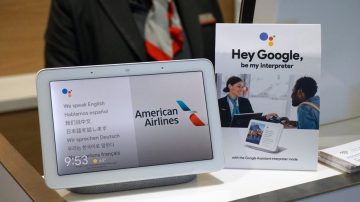 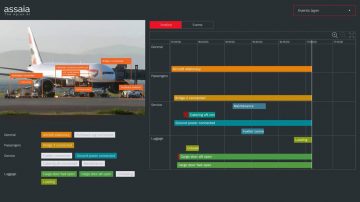 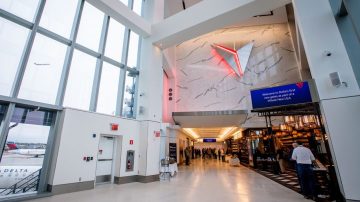 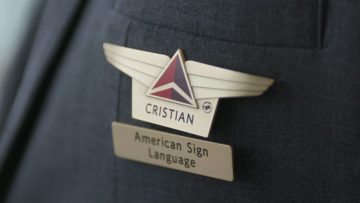