Qantas will use its recently allocated slot at Haneda airport to fly between Melbourne and Tokyo starting March 2020.

The year-round flights to Haneda will operate daily starting from 29 March next year with an Airbus A330 aircraft which has 28 business class seats and 269 economy class seats. The new route will replace the airline’s existing service between Melbourne and Tokyo’s Narita International Airport. The flights, which are currently on sale, will depart Melbourne Airport (MEL) at 1120 and arrive at Haneda Airport (HND) at 2000.

Passengers who have booked to travel from Melbourne to Narita will be automatically transferred onto these services or can make alternative arrangements, the airline said in a press release.

The Australian flag carrier, who initially sought two of the slots reserved for Australia after the Australian and Japanese governments agreed to allocate two slots for services between the two countries, was awarded one by Australia’s International Air Services Commission (IASC) in October. The other slot was given to rival Australian airline, Virgin Australia.

In its initial application, Qantas said it planned on introducing a daily Melbourne to Tokyo-Haneda route on an Airbus A330 which would replace its current Melbourne to Tokyo-Narita Service, and it also wanted to launch a Sydney to Tokyo-Haneda daily service flown on either an Airbus A330 or Boeing 787-9. At the time of the application, Qantas had not publicly disclosed how it would utilise the slot if it were granted only one frequency rather than the two.

Slots at Haneda Airport are highly desired among airlines flying into Tokyo because it is much closer to the centre of Tokyo than its counterpart, Narita Airport, making it more convenient for most travellers.

“We expect the new Haneda service to be particularly popular with business travellers, who will save more than an hour of transit time in getting to the city and also starts ahead of the 2020 Tokyo Olympics,” said Qantas International CEO, Tino La Spina.

Qantas currently operates flights from Brisbane to Narita; Melbourne to Narita (from March 2020, this will be replaced with Melbourne to Haneda); and Sydney to Osaka, Haneda and Sapporo (seasonal). 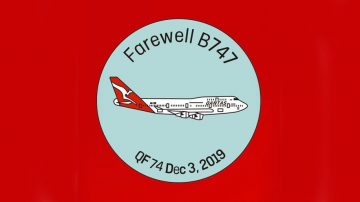