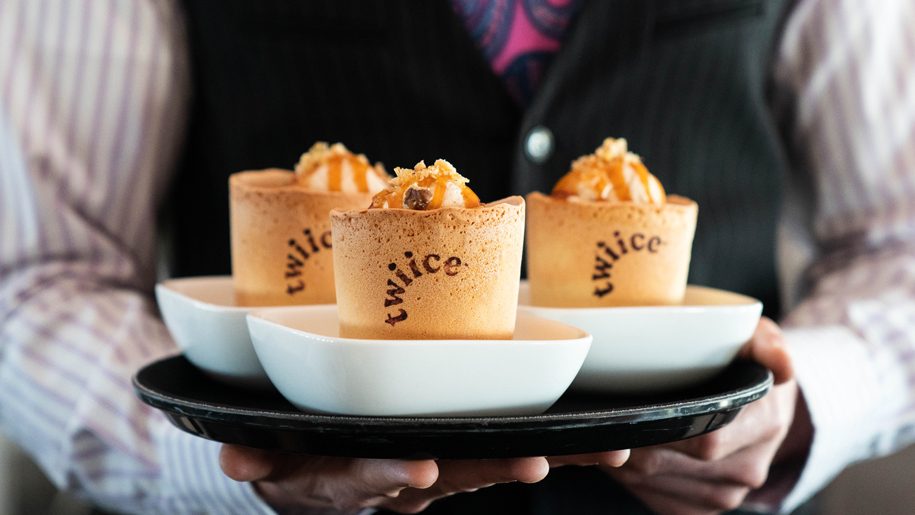 Sustainability is something that Air New Zealand says is at the forefront of its agenda.

In July, the New Zealand flag carrier announced it was taking steps to curb single use plastic waste on its flights, and threw out some impressive figures about what it would no longer throw out: 29 million plastic cups saved, 7.1 million stirrers and 260,000 toothbrushes – to take just three examples.

Starting in October, passengers travelling with Air New Zealand on both domestic and international flights were able to enjoy their hot drinks in plant-based coffee cups. The airline then took that one step further and introduced edible biscotti coffee cups, which passengers can eat like a normal biscuit after finishing their drink.

While some passengers on flights between New Zealand and Australia have been able to enjoy these edible cups, those travelling on other parts of Air New Zealand’s route network shouldn’t wait with bated breath to nosh down on these novel receptacles. An Air New Zealand spokesperson told Business Traveller Asia-Pacific in a recent phone interview that introducing the edible cups across its entire route network would be “no small task”.

Senior manager customer experience Niki Chave said that since the company the airline has partnered with, called Twiice, to create the biscuit cups is a relatively small local family run business, it would be a challenge for that company to scale up to provide enough cups for all of Air New Zealand’s route network. Indeed, the company would need to provide millions and millions of edible cups every year.

“Scaling for an airline like Air New Zealand is no small task,” Chave said, adding that Twiice has been “inundated” with media requests and “a whole lot of love” since Air New Zealand announced the partnership with the company.

At the moment, the airline is only offering the cups on some flights between New Zealand and Australia (often referred to as trans-Tasman flights because they cross the Tasman Sea). On the ground, the cups are being trialled in the airline’s lounges.

“The great thing about our trans-Tasman flights is we load them all from New Zealand both there and back, so we would get twice as much testing done,” Chave said.

Before putting the cups on board, Chave and other staff members took the cups back to their own homes to test them.

“We were really keen to test the cups out and Twiice gave us quite a lot of product to experiment with and we took them to our respective homes and propped them up and exchanged photos with each other.”

Chave said the cups stood up well to the test and were able to hold the liquid for “hours and hours” without failing, though she did notice some “bite marks” on the cups – which she thinks were from her children.

While Air New Zealand’s edible cup initiative has garnered a lot of positive feedback – such as one Business Traveller Asia-Pacific reader commenting “I certainly hope the test goes well…I would try it” – some on social media have criticised the airline for “greenwashing” and others suggesting that scaling back flight operations would be a better way to reduce emissions.

“I think there are people who will always be detractors and look for the negative of anything you put up. The key point is we are focused on being the most sustainable airline we can be and are doing pretty well…We don’t think cancelling flights and disappointing customers would create value for anyone,” Chave told Business Traveller Asia-Pacific when asked to address these comments.

So what’s next in terms of on-board sustainability? Chave was coy on specifics, saying only that she has got a lot of things up her sleeves.

What Chave was willing to share was her views on challenges of introducing edible cutlery.

“One of the challenges with the cutlery is you probably don’t want to eat a tasty curry with a vanilla flavoured anything,” she said. 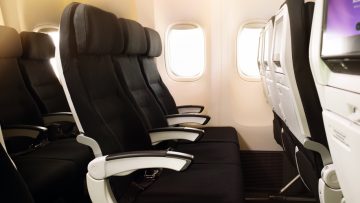