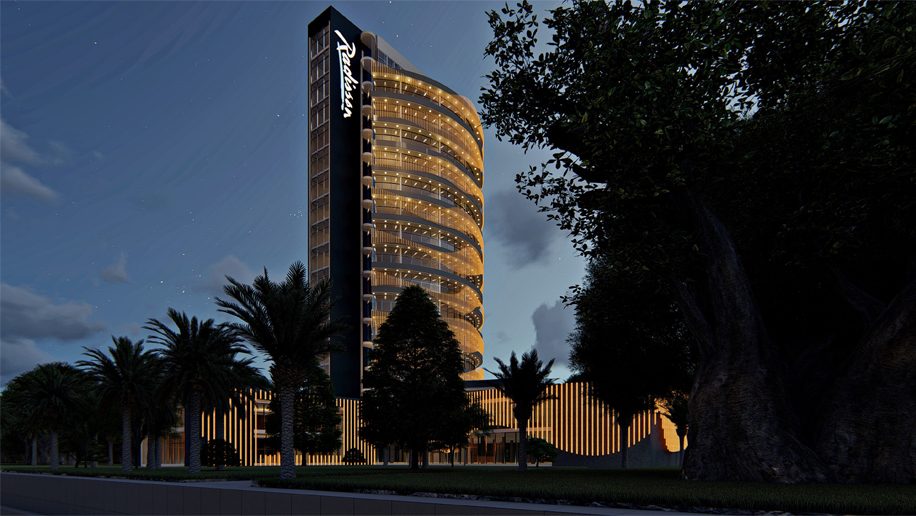 Radisson saw some big changes in 2018. In March, the company changed its name from Carlson Rezidor Hotel Group (a title formed from a merger between Minneapolis-based Carlson and Brussels-based Rezidor) to Radisson Hotel Group, looking to capitalise on recognition of the Radisson name.

The takeover has provided opportunity to access a “transformative customer in the industry” that will “transform the way we do business eventually,” Radisson’s chief development officer, Elie Younes, told Business Traveller in an interview. 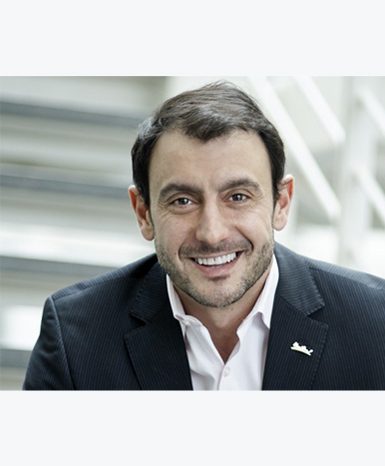 “They have a loyalty programme that has 150 million customers who are booking a room every 0.6 seconds. The transformative part is to have access to that, and pull some of it into our hotels.”

Radisson hotels have started being added to Jin Jiang’s global booking platform, We Hotel, and the groups’ loyalty programmes, Radisson Rewards and We Hotel Prime, are working on new localised, hotel-specific benefits.

It has also launched its first co-branded hotel, a Radisson Blu in Frankfurt, which has translations in Mandarin, the ability to pay with China UnionPay, and offers Chinese teas, TV channels, newspapers and new dishes in the restaurant. Employees also attended three months of hospitality training in Shanghai.

“Currently we have identified 40 hotels [for co-branding],” Younes said.

“Does it mean we’ll stop there? No. But we have to pilot them first. The challenge is it will be difficult to quantify the result of it immediately – I think it will be 18 months before we can say it’s working or we need to adjust. But we’re committed. Common sense suggests it should work, but it has to be put in practice.”

All the hotels are in Europe, and Radisson currently only has a small presence in China, of around 20 hotels.

“It’s not enough,” according to Younes.

“We have a big, massive catch-up plan. What we realised is that you cannot do things in the normal way, you have to do things in a radical way to catch up.

“What we’re done is teamed up with Jin Jiang and two of its affiliates, Platinum Hotels and Vienna Hotels. Through these two platforms it develops 600 to 700 hotels a year.

“So we told these platforms, here are our three star brands – Park Inn and Radisson – and here’s a master agreement, go and grow them in China.

“Now we have a franchise agreement with them to radically accelerate the catch-up plan in China, to the extent of enabling the growth of 700 hotels in the next three years. Which is a very ambitious target – some may say crazy – but as I said, we had to do it in a different way. It’s not normal, organic growth. It’s through these two engines we’re going to do that, and improve the global scale of the business, through China.” 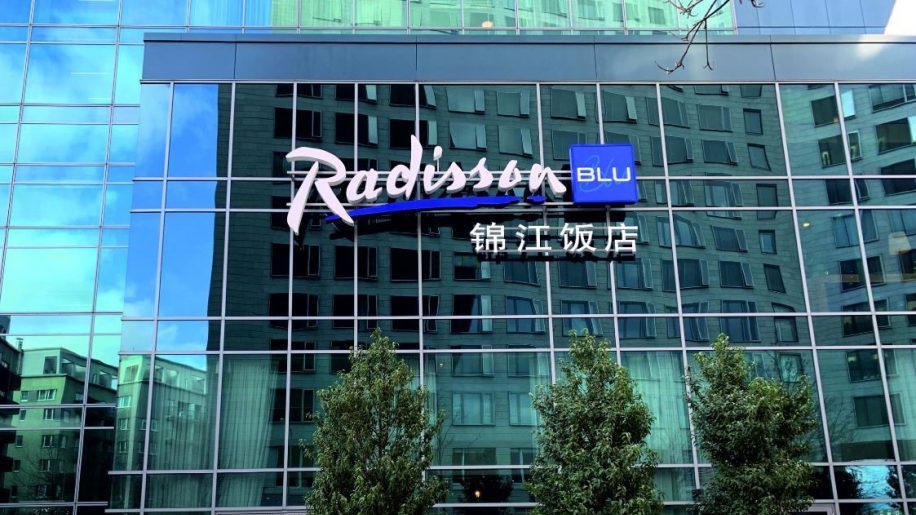 Radisson Blu is among the largest four-star brands in Europe, according to Younes, with around 200 hotels. The group also has plans to accelerate growth here, recently establishing a joint venture for operating Radisson and Radisson Red hotels in Germany and Austria.

But Younes thinks that while in European markets finding new properties is a difficult “treasure hunt” in which all the big hotel groups are competing, Africa is “the most exciting in terms of transformative evolution.”

There are currently 40 Radisson hotels open and 40 under development in Africa. The group recently opened its third Nairobi property, an extended-stay Radisson Blu, and announced plans to debut in Tunisia and Ethiopia. The first design-oriented Radisson Red brand will open in Johannesburg in 2021 (it’s also debuting in London next year).

“It’s massive, the potential there is huge. We over- and underestimate Africa at the same time,” Younes said, highlighting the need for good, four-star hotels.

“We overestimate it because we get excited and say ‘let’s go do business in Africa!’ You go and you realise how difficult it is to do business there. It is a little bit more complicated, it’s rugged, so you need to be ready for that component.

“But the potential is untapped and it’s massive. The issue, or challenge, is to be able to look at it with the right lens. Africa is long-term. It’s a ten-year game, you need to sacrifice, commit, you need to have people on the ground, you need to understand the culture. It’s a process you have to go through.

“Whether it’s business or leisure that depends. If you’re in Nigeria it’s business, if you go to South Africa or Tanzania there will be more leisure. Africa is not one country, it’s 52 countries. So you need to look at it as 52 opportunities rather than one ‘Africa strategy’.” 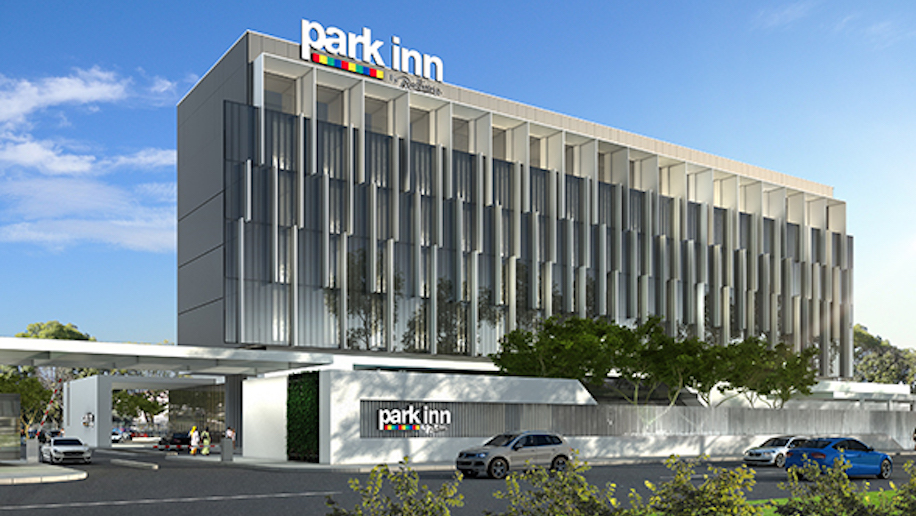 Another recent development has been the launch of a new website and app which allows potential customers to browse and book across Radisson’s entire brand portfolio – something long offered by most big hotel groups.

When it comes to brands, Younes believes that “in an industry that’s already fragmented, what we need is consolidation.”

“Somebody told me recently that in the last five years there were 52 brands added in the top ten hotel companies. I don’t think we have 52 different types of customer,” Younes said.

“The industry has been flooded with so many brands, claiming to be responding to the consumer. I think it’s exaggerated. I don’t know if it’s panic, or trying to create shareholder value, targeting that Millennial market.

“Maybe it was necessary to have an evolution in current brands rather than creating new ones.

“We think having 40 brands would confuse us in the company, and eventually confuse the customer and the owner. We are a simple company. We have Radisson Collection – luxury, Radisson Blu – four star, Radisson Red – lifestyle, Radisson – boring, conventional, four-star/three-star, Park Inn. It’s a clear brand architecture and we focus on that.

“The more brands you have, the less you focus on managing the hotels and the more you focus on articulating and defining your brands. Suddenly you lose your core as a business from a hospitality company to a brand company.

“A brand company has a different mindset and infrastructure. We didn’t want to lose that core – serving coffee, knowing how to run a hotel. Otherwise you’re a distribution company.” 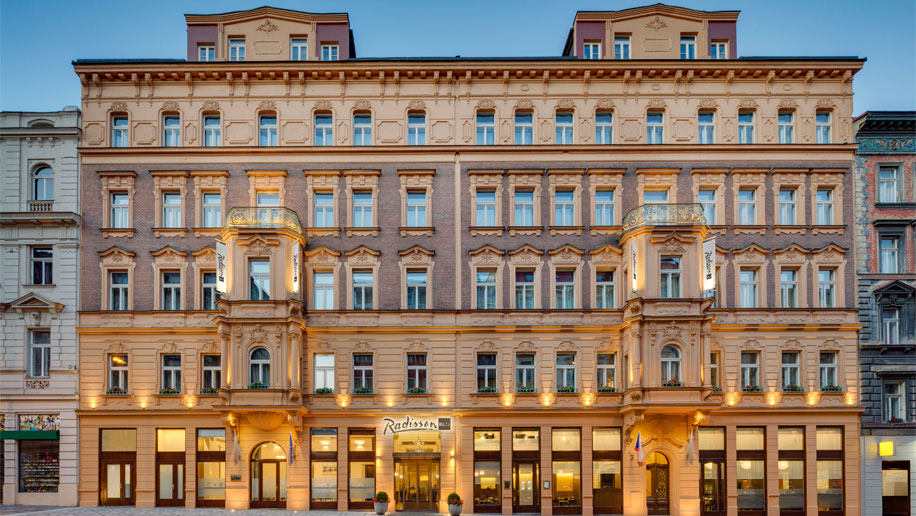 Brexit is one of Younes’ concerns for next year.

“We’re worried about labour costs, and finding people will be more difficult.

“Unfortunately, there’s not a lot of British people who want to start from the bottom of this industry, so that’s going to be a bit of a challenge. We will overcome it but we cannot deny it.

“It’s going to face all of [the hotel groups]. We know what’s going to happen but we cannot deal with it until it happens.”

Ultimately, though – especially as the group targets rapid growth in new markets – Younes is bullish on the coming year.

“Despite all the ambiguities in the world, one thing remains – more people are travelling. Year on year, no matter what is going on. It’s quite fascinating. This just shows how to some extent how resilient our industry is.

“The big picture looks good. I would have thought that because of Brexit, unemployment in some regions, people are thinking about a recession, there would be less travellers this year. But we’ve seen 4 per cent growth this year. It’s exciting.” 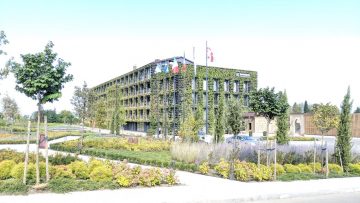