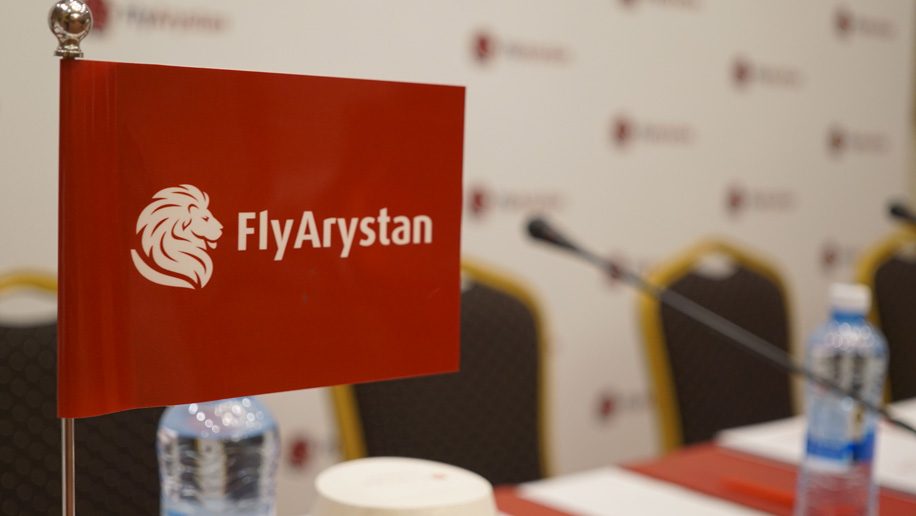 Boeing’s troubled 737 Max 8 has received a much needed vote of confidence from Air Astana, with the Kazakh flag carrier signing a preliminary agreement to buy 30 of the aircraft for its new budget subsidiary Flyarystan.

The agreement took the form of a letter of intent (LoI) for the aircraft at the Dubai Airshow, which is taking place this week. An LoI is not a guarantee the order will be finalised and airlines have been known infrequently to renege on LoIs, but it is usually a good sign that a firm order is to follow later.

The deal is worth $3.6 billion at list prices, though airlines typically get discounts on list prices – discounts of 50% or higher are not unheard of.

Flyarystan was launched by Kazakh full service flag carrier Air Astana in May. Boeing says the new airline has seen “strong” ticket sales in the first few months of operation.

“The plan is to expand the fast growing domestic network, with international services to Moscow commencing next month,” Boeing said in a press release.

As for its parent Air Astana, since beginning operations in May 2002 it has grown its business from its hubs in Almaty and Nur-Sultan (formerly Astana), sprouting a network that serves major cities across Kazakhstan, Central Asia, Asia, China, Europe and Russia. It operates a growing fleet that includes the Boeing 757, 767 and the Airbus A320 family.

“Air Astana has had a strong relationship with Boeing ever since the airline started flying in 2002 with a pair of 737NGs. Today we operate both 757s and 767s and we believe that the MAX will provide a solid platform for the growth of FlyArystan throughout our region, once the aircraft has successfully returned to service,” said Peter Foster, CEO of Air Astana in a statement.

In October, Business Traveller Asia-Pacific got a first look at the airline’s new A321LR. Air Astana plans to fly the aircraft to destinations including Bangkok, Hong Kong, Kuala Lumpur and Seoul. Earlier this month, a spokesperson for the airline confirmed the aircraft would also fly to London Heathrow from the end of March 2020.

Another Max order from Dubai

Another airline also placed an order for Boeing’s Max at the show – or, more specifically, added jets to an existing order. Turkey’s Sunexpress said it would buy an additional 10 B737 Max 8s, on top of the 32 it has already ordered. This was Boeing’s second order for the Max since a deadly crash of an Ethiopian Airlines B737 Max in March led to a global grounding of the aircraft, Reuters reports. The first was the signing of an LoI by International Airlines Group (IAG) – the company that owns airlines including British Airways, Iberia and Vueling – for 200 B737 Max aircraft. IAG most recently announced that it would buy Air Europa.

Boeing estimates the Max will return to service during the fourth quarter of this year, though whether the aircraft is allowed to fly is ultimately up to regulators, not the manufacturer.

This week, Boeing will present an overview of how it plans to return the grounded Max to service to its largest Max customer Southwest Airlines, according to Reuters. Southwest, as well as American Airlines, have removed the B737 Max from their schedules until March 6 and March 5, 2020 respectively.

Air Astana started regular flights May 15, 2002 and now operates on a network of 60 international and domestic routes from hubs in Almaty and Nur-Sultan The fleet comprises 38 Boeing 767-300ER, Boeing 757-200, Airbus A320/A321 (CEO/NEO/LR) and Embraer E190/E2 aircraft. Air Astana is a joint venture between the National Welfare Fund of Kazakhstan “Samruk-Kazyna” and BAE Systems with respective shares of 51% and 49%.