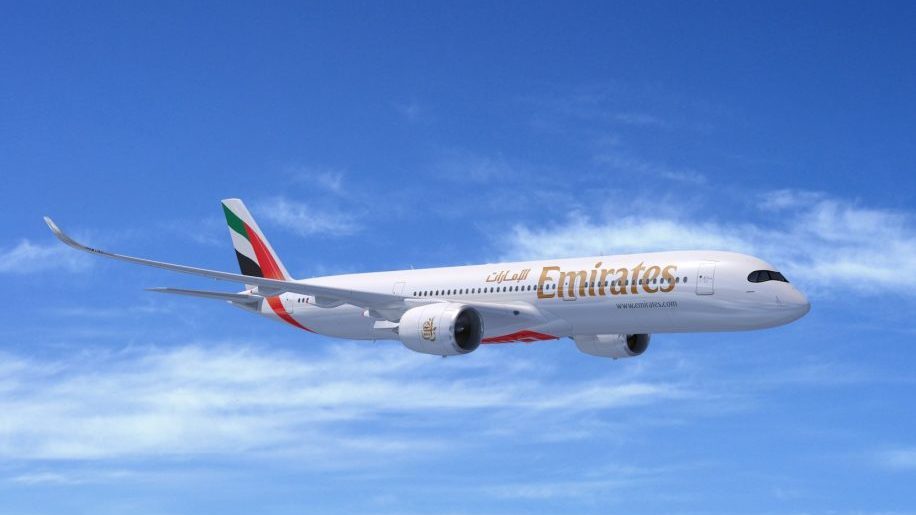 Emirates has announced a $16 billion order for 50 Airbus A350-900 aircraft, some of which will be fitted with premium economy class.

It replaces the Dubai-based airline’s previously-announced intention to order 30 A350s and 40 A330 Neos.

Airlines to introduce the aircraft into service this year have included British Airways, Air France and Virgin Atlantic.

Flight Global reports that Emirates was one of the early customers for the A350, placing a firm order in 2007, but cancelling this in 2014.

Today, Emirates said the aircraft would allow it to serve “a range of new markets,” such as long-haul destinations up to 15 hours from Dubai, as well as offering “different cabin configurations,” including premium economy. The airline told Business Traveller some aircraft will have the cabin while others will not, but did not put a figure on it.

It had been set to debut its premium economy product on its new B777X aircraft in mid-2020.

However, the delayed delivery of that aircraft means premium economy is now expected to be unveiled on an A380 in December 2020.

Premium economy is increasingly popular with airlines as it generally allows them to pack in more passengers than they can in business class and offer fewer luxuries while also charging substantially higher fares than in economy.

So far, big Middle Eastern airlines such as Emirates, Etihad, Qatar Airways and Oman Air have not introduced it.

Etihad is also planning to soon launch the product.

On the A350 order, which was announced at the Dubai Air Show, Emirates Chairman and Chief Executive Sheikh Ahmed bin Saeed Al Maktoum commented:

“Today, we are pleased to sign a firm order for 50 A350 XWBs, powered by Rolls-Royce Trent XWB engines.

“This follows a thorough review of various aircraft options and of our own fleet plans. It is Emirates’ long-standing strategy to invest in modern and efficient aircraft, and we are confident in the performance of the A350 XWB.

“Complementing our A380s and 777s, the A350s will give us added operational flexibility in terms of capacity, range and deployment. In effect, we are strengthening our business model to provide efficient and comfortable air transport services to, and through, our Dubai hub.”

Emirates is one of the biggest customers of the A380, but will receive its last of the aircraft in 2021, when Airbus ends production of the superjumbo.