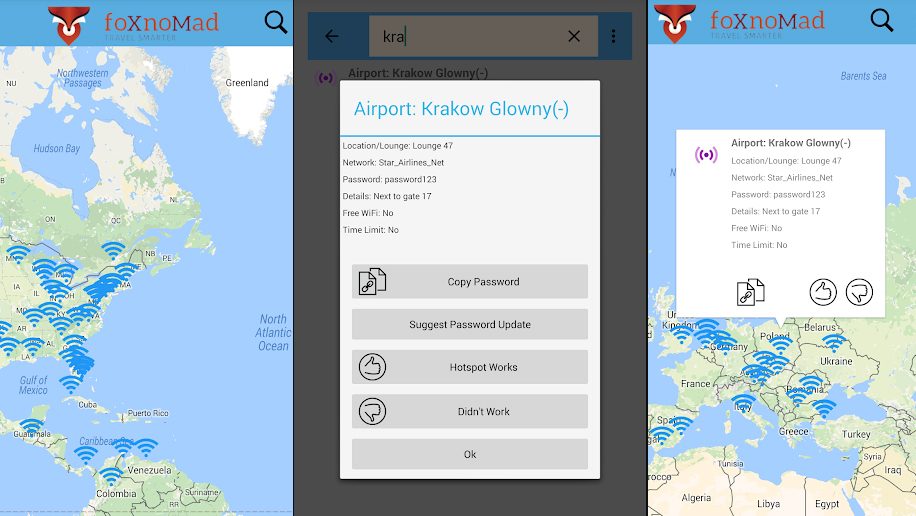 The concept behind Wifox is simple but clever: compile a list of passwords for wifi networks in airports and airport lounges around the world in a single mobile app.

Lonely Planet reports that the app uses a global map interface displaying airports with public wifi networks. Users can click through to obtain wifi passwords and copy-and-paste them into their phones.

“I wanted to help travellers get online at the time they’re most vulnerable – when you first arrive at an airport,” said app developer Anil Polat.

“Free or open networks at airports are often insecure or come with more serious privacy concerns, which I why Wifox shows you the lounge passwords as well as the correct network names for free wifi, to prevent users from connecting to rogue hotspots.”

Passwords are continually updated via crowdsourcing by other users, including passengers, pilots, flight crews, and others who use airport or lounge wifi networks. The app uses a color-coding system to show how recently passwords have been updated, and Wifox also includes information on any time limits imposed on airport wifi usage.

The app costs $1.99 and is available for iOS and Android. There’s also a free online version at foxnomad.com. 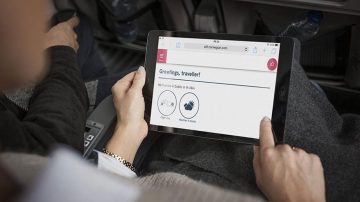 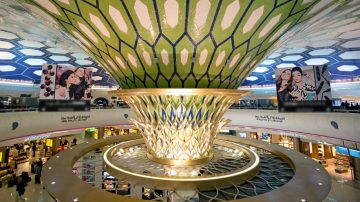