Air Astana to fly Airbus A321LR to London from March 2020 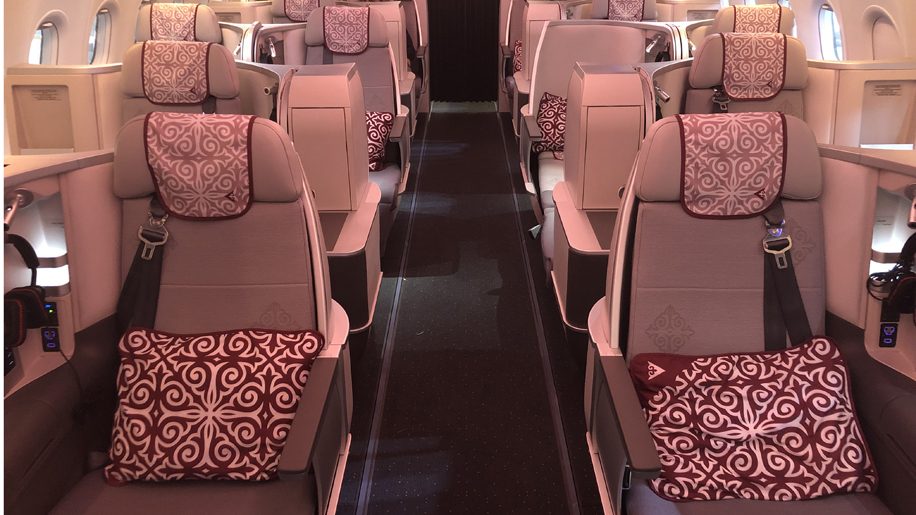 Air Astana will fly its new Airbus A321LR between Nur-Sultan Airport (previously known as Astana International) and Heathrow from the end of March 2020, a spokesperson told Business Traveller.

The Kazakh flag carrier will receive a total of seven of the narrowbody aircraft over the next three months, which are replacing the fleet of Boeing 757s it received in 2003. A Boeing 757 currently operates the Heathrow route.

The A321LR will have the same number of seats – 16 in business and 150 in economy – but introduce a new style of business class cabin.

The Thomson Vantage seats feature the airline’s signature purple-and-white pattern on the pillows and are configured in a mix of 2-2 (rows one, three and five) and 1-1 (rows two and four), with the latter “throne” seats offering direct aisle access and more privacy.

You can see more from inside the aircraft from Business Traveller’s recent tour:

Air Astana has 60 international and domestic routes from hubs in Almaty and the Kazakh capital Nursultan (formerly Astana).

The A321LR has the longest range of any single-aisle jet, according to Airbus. All business class carrier La Compagnie uses the aircraft on transatlantic flights between Paris Orly and New York Newark.

Some airlines with the aircraft on order have experienced delivery delays, with Aer Lingus forced to push back its Dublin to Montreal service, which was due to start on August 8, until summer 2020.

Loading comments...
Read Next
Rotana to open 12 hotels by the end of 2020
Read Previous
British Airways offers up to 50 per cent off Avios flight redemptions 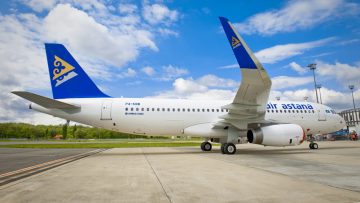