A $4.5 billion infrastructure improvement plan approved by the Port Authority of New York and New Jersey includes the construction of a new rail line linking LaGuardia International Airport with Manhattan, albeit indirectly.

Port Authority officials said the investments are needed to accommodate record growth at the New York metropolitan area airports, which is up 1.9 percent so far in 2019.

The plan calls for spending just over $2 billion to develop Air Train LGA, which would connect LaGuardia to a new Willets Point station on the Long Island Railroad and the New York subway system; the link would allow for a 30-minute one-way trip from the airport to midtown Manhattan.

Another $2 million will be spent on a new Air Train system at Newark International Airport, replacing the current, three-mile-long Air Train route that officials said has “outlived its useful life.” Construction is expected to begin in 2021.

The rest of the money would go toward planning a new Terminal 2 at Newark and early work on the JFK Redevelopment Programme.

“Ensuring continued progress on these projects will enable us to provide 21st century facilities that offer the world-class customer experience our passengers expect.”

Earlier this week Delta unveiled the first of four new concourses at LaGuardia, part of an $8 billion transformation of the airport 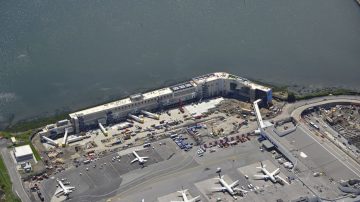 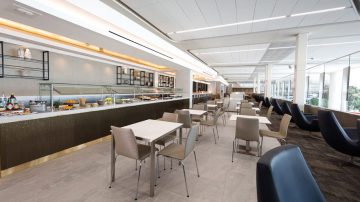