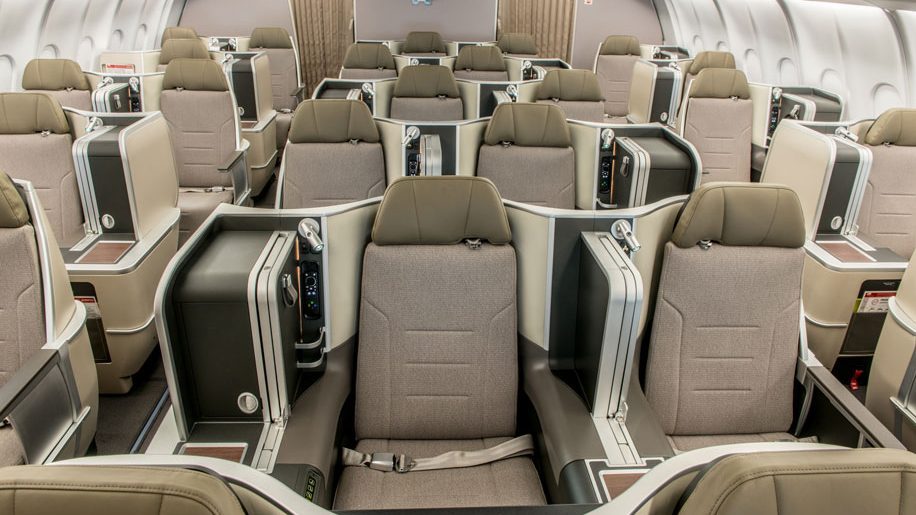 TAP Air Portugal has partnered with startup Seatboost to allow passengers to bid on seat upgrades via an app before they fly.

Seat auctions start 24 hours before a flight and close 60 minutes before departure. Passengers will be able to check the Seatboost app to check availability and see how much other passengers are bidding in real-time.

A starting bid for each seat will be calculated by TAP based on the route, flight time and aircraft type. The airline said it could not provide us with an example of an average starting price due to these variables.

Auctions will be available on all flights with business class, subject to availability, and can be accessed through the TAP app, or directly through the Seatboost app.

The winning passenger will be issued a new boarding pass through their phone. The upgrade payment is processed by Seatboost and is not subject to additional fees or taxes.

Airlines including Norwegian, Lufthansa, Cathay Pacific and Virgin Australia allow passengers to bid on upgrades, the logic being that although the seat is selling at a discount it is at least selling for something. However, these auctions typically take place further ahead of the flight and do not allow passengers to see how many other people are making a bid or for how much.

Seatboost trialled the system from April 2016 to July 2017 with Virgin America, which has since been incorporated into Alaska Airlines.

TAP Air Portugal is its first partner airline since that trial.

“The pilot programme was successful … we started on a very select number of routes and [Virgin America] continued to add new routes as the programme continued,” a Seatboost spokesperson told Business Traveller:

“We learned a lot, and saw especially how receptive people were to an auction model and bidding in the Seatboost app.

“Even when there are many bidders and lots of bids placed, our users are typically getting a great deal. When there is less bidding activity, the airline is comfortable with that starting bid price.

“We were most surprised and excited by how passengers responded to it, especially at the gate in the airport when their flight is top of mind. Travelling can be stressful, we saw that winning an upgrade made people feel really good.

“Even though the programme was growing, it did in fact end with the merger which was disappointing. However, we had lots of great data and other airlines started to take notice.

“TAP Air Portugal is our first international carrier, and we are network-wide.”

Seatboost says it has plans with other airlines it hopes to finalise in the coming months.

Would you bid for an upgrade ahead of an economy flight, or do you have experience with Seatboost? Let us know in comments.