After almost 40 years of service Air New Zealand (ANZ) has announced its London route will end in October 2020.

The news will come as a surprise to regular users of this flagship ANZ service which is New Zealand’s only link to Europe.

Some years ago, at the time ANZ was also operating Auckland-London via Hong Kong, the future of the Asia-Pacific routing was questioned.

But the then CEO said that the service via Los Angeles would be retained, even though it was thought to be unprofitable, because it linked New Zealand to Europe. (ANZ’s other nearest point to Europe is currently Singapore). Since then there have been changes of CEO at ANZ.

Air New Zealand announces non-stop flights between Auckland and New York, while withdrawing from its LAX-LHR route from October 2020. For more detail on a new era for Air New Zealand see here - https://t.co/amhyY9sWP2

Although schedules are not yet available one would expect ANZ to link with United at Newark to provide onward connections to both the UK and mainland Europe.

“Today Kiwis have more than twice the number of ways to fly to London than a decade ago and preferences have changed. Less than seven percent of all airline travellers between Auckland and London chose to fly via Los Angeles last year.”

“At the same time, the Atlantic has become one of the most hotly contested routes in the world and Air New Zealand lacks the home market advantages and scale of the North American and European airlines we’re up against.”

Mr McDowall said the hardest aspect of the decision “…is the impact on Air New Zealand’s people who’ve worked hard to build the route and to achieve the highest customer satisfaction levels across the airline’s international network”.

“Sadly, the withdrawal will see the disestablishment of our London cabin crew base of around 130 people and, subject to consultation, around 25 roles in our Hammersmith sales office and ground team. We will be working with our people and their union to help with the next steps in their career, including looking at opportunities in other areas of the airline.”

Los Angeles-London will operate as scheduled until October 2020 and no tickets have been sold beyond this date.

The airline says that Europe, including the UK, remains a significant sales region for it. Currently more than two thirds of revenue generated by its London team is unrelated to the Atlantic route and the airline will retain a sales, marketing and cargo presence in London to serve this market, including after the cessation of its Los Angeles-London service.

“We fully expect customers will want to take advantage of the many connection options on our partner networks through Air New Zealand’s gateways in Asia and the Americas, including New York. It’s important to us that customers continue to enjoy a seamless journey, and we’ll be working closely with our partners to ensure the best experience and benefits for travellers,” says Mr McDowall.

It also cannot have helped that travellers flying London-Auckland via Los Angeles need to obtain a US visa even though they were in transit.

Air NZ held fifth-freedom rights for London-Los Angeles and savvy travellers who appreciated its above-average service will miss this airline – see our feature on fifth-freedom aviation in the November issue of Business Traveller.

Air NZ is giving ample notice of withdrawing from the London route because this flights carries lots of VFR (Visiting Friends and Relatives) travellers and they tend to book well in advance. 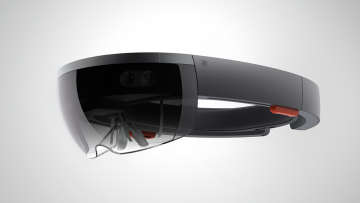