The New Zealand flag carrier said the new product, which will be available on its Boeing 777-200, 777-300 and 787-9 aircraft from “late 2020”, will offer 35 inches of seat pitch – the distance between seats, measured from a fixed point on one seat to the same point on the one in front – compared with the 31 inches offered by its Standard Economy product.

Guests booking an Economy Stretch seat can also expect a “premium headset” and “plush pillow”, according to a press release from Air New Zealand. Asked for more details on both these items, an airline spokesperson described the headset as an “over ear, passive noise cancelling cushioned headset, which is the same headset customers in our premium cabins receive.” The spokesperson did not provide further information on the pillow.

Earlier this month Air New Zealand introduced a new pillow that uses technology originally developed for astronauts in an effort to improve the quality of sleep for passengers. The pillow is available for Business Premier passengers on the airline’s Chicago route.

“We know one size doesn’t fit all and we want customers to have a fantastic experience, whatever the cabin. Economy customers told us they want more space and comfort and we’re looking forward to giving customers a new option when travelling long haul,” said chief revenue officer Cam Wallace in the press release.

“While our premium cabins will remain the first choice for those wanting all the luxuries, Economy Stretch is a step-up at a competitive price, and we’re confident it will appeal.” 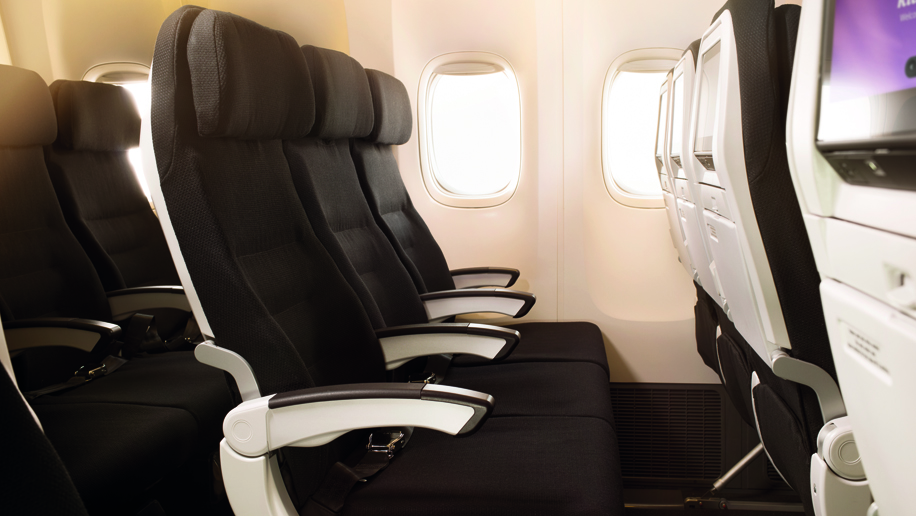 The new product will be available for purchase from early next year and will be offered on all Air New Zealand operated long-haul flights from late 2020. Air New Zealand defines “long-haul” as all international flights, except flights between any two of these destinations: New Zealand, Australia, Honolulu, Bali, South Pacific Islands.

The spokesperson declined to comment on pricing of the new product and echoed Wallace’s comment that it would be priced “competitively”.

“We’ll be in a position to share more details, including price and ways to purchase when the product goes on sale early next year,” she said.

Air New Zealand has a history of coming up with new innovations to make flying cattle class more bearable. Back in 2010, Air New Zealand released its Skycouch product, a “lie-flat” economy product designed for couples and families.