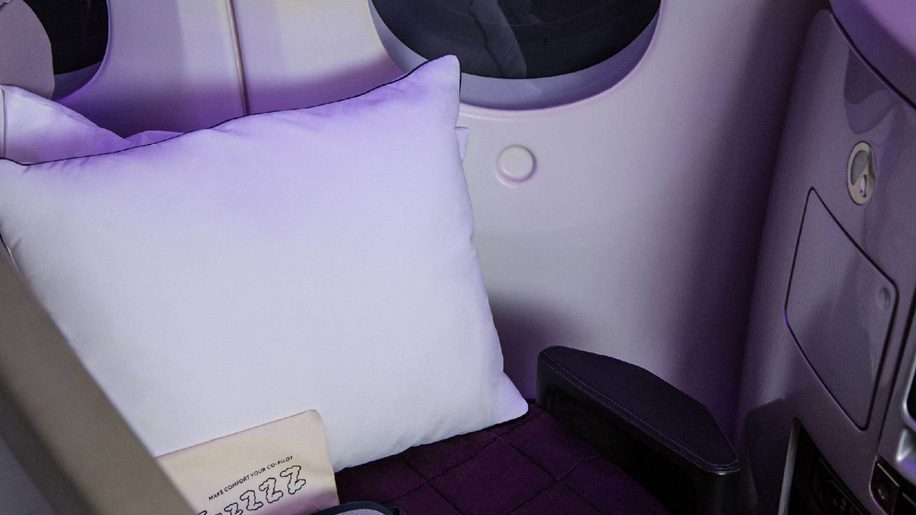 Air New Zealand has introduced a new pillow that uses technology originally developed for astronauts in an effort to improve the quality of sleep for passengers.

The airline says the pillow is a temperature regulating product coated with a fabric from Outlast Technologies which was originally made for use in space gloves to protect against extreme temperature fluctuations and keep hands cool.

The new pillow absorbs heat as the skin gets hot, and as the skin cools the heat is released. The airline says it’s also hypo allergenic.

The pillow has been introduced on the airline’s Chicago route, the longest flight in the Air New Zealand network, and is available to passengers travelling in Business Premier on this route.

“We know quality sleep is important to our passengers, particularly those travelling in Business Premier on our long haul routes. This pillow allows passengers to lay on the side that regulates their temperature or sleep on the regular side, which ultimately gives them more control over their environment,” said Niki Chave, Air New Zealand’s senior manager of customer experience.

The pillow is manufactured by German bedding company Paradies, which “produces bedding in a CO2-neutral process”.

In other Air New Zealand news, the airline announced earlier this year that it would extend its joint venture alliance with Cathay Pacific until October 31, 2024. The alliance saw the carriers introduce new routes such as a non-stop seasonal service to Christchurch, which will increase from three to four services per week this year, and daily flights between Auckland and Hong Kong.

Air New Zealand and Cathay Pacific will extend their alliance