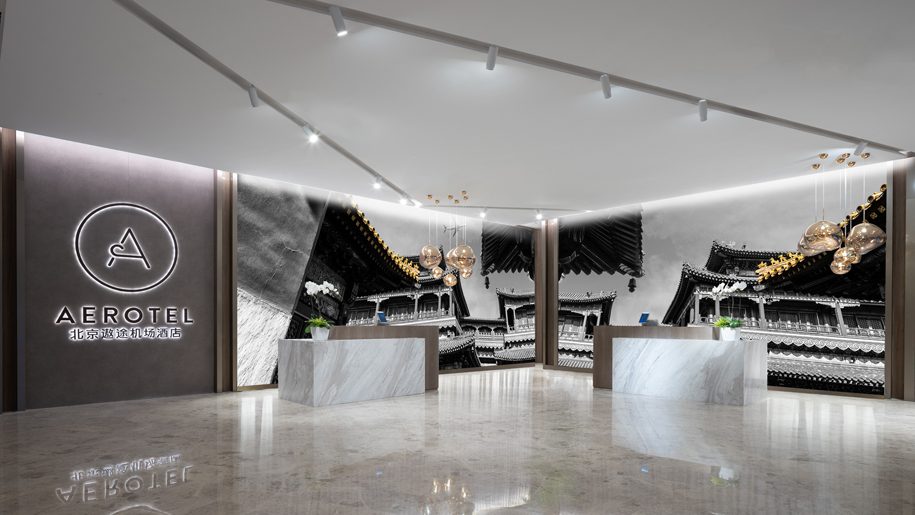 Located at the northeast pier (landside) of Daxing Airport, Aerotel Beijing is now the first and only in-terminal hotel at the new airport. It’s only a five-minute walk to the nearest domestic check-in counters and a 10-minute walk to the international counters.

Spanning more than 9,000 sqm, the two-storey airport hotel is also “the largest in-terminal international airport hotel in China and among the world’s biggest”, the group writes in a press release. 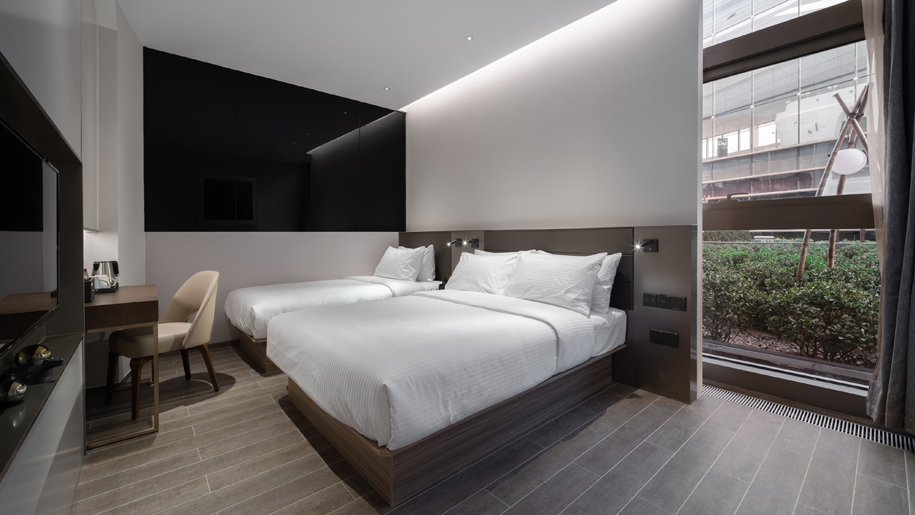 The new airport hotel has 215 guestrooms, divided in different categories including Superior Single, Superior Double, Deluxe Double, Family Room and accessible room. All the guestrooms are outfitted with in-room wifi service for connectivity and IPTV for entertainment.

Room rates are charged on an hourly basis, starting from RMB360 (US$50) for a Superior Single for three hours. Flexible check-in and check-out services are also available around the clock.

The 24-hour Library Lounge, which provides seating for up to 192 guests, offers international buffet and à la carte menu, featuring local flavours such as Beijing Style Noodles with Soybean Paste, Braised Pork and Egg in Black Vinegar, and Beans and Millet Cake for dessert. Breakfast is served from 6am to 9am, lunch from 11am to 2pm, and dinner from 5:30pm to 10pm, while snacks are available in between. 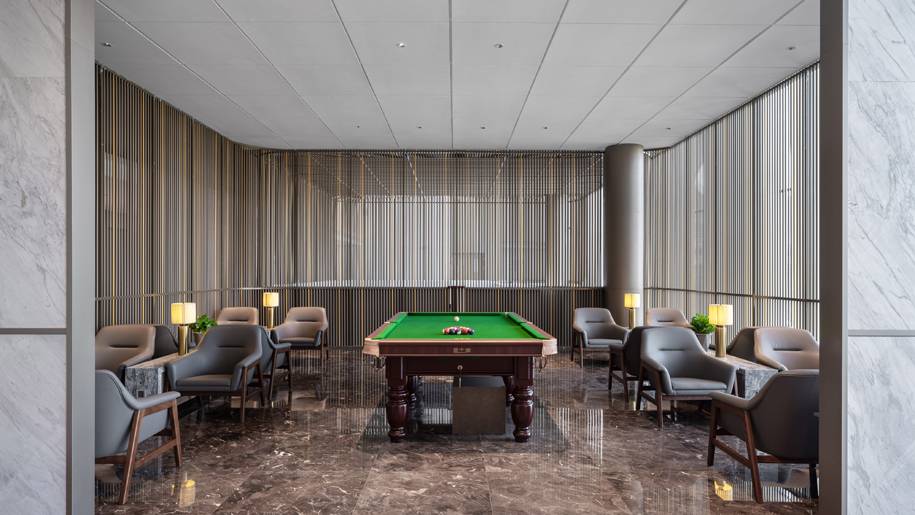 Recreational facilities include a Fitness Corner and a Game Room with billiard table. As a first for Aerotel, the hotel also houses two meeting rooms equipped with audio and visual system, named Xijin House and Jibei House, as well as one VIP room named Guji House that can be used as a “resting room” for guests.

All of them are named after the ancient names of Daxing. These rooms can be used for meetings, private dinners and intimate social gatherings, and the larger Jibei House can accommodate up to 36 guests in a classroom setting.

Song Hoi-see, founder and CEO of Plaza Premium Group says: “This is one of the moments we like to celebrate with international travellers. Not only we welcome Aerotel Beijing joining our global network of airport hotels in Asia, the Middle East, South America and Europe, we are proud to introduce this one-of-its-kind brand and serve millions of passengers at the Capital’s new airport.”

Currently, Plaza Premium Group is also managing eight lounges in mainland China, including two in Beijing and six in Shanghai, as well as Aerotel Guangzhou. The group has a large expansion plan in mainland China with a goal of 40 new openings across the country by 2024. 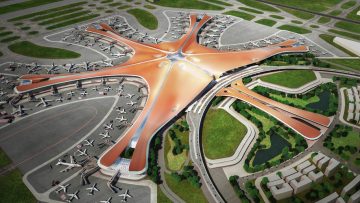