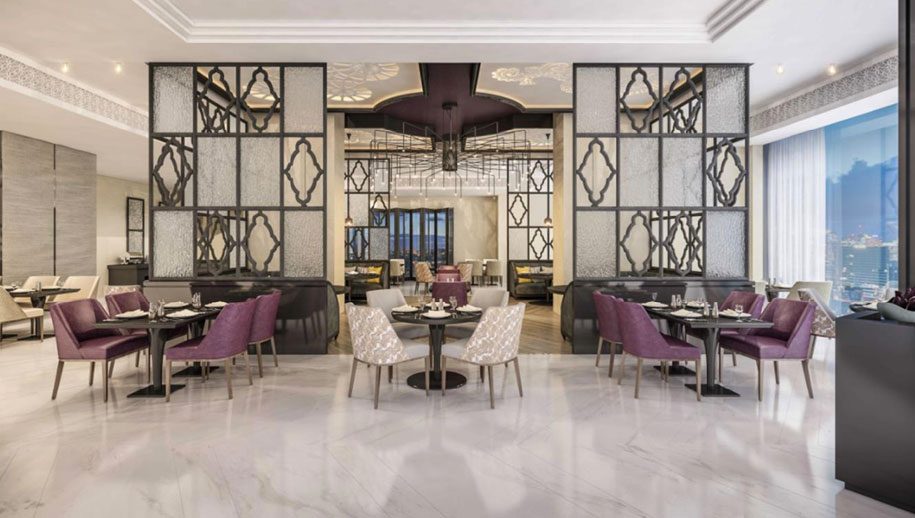 The new Taj Jumeriah Lakes Towers will open in November. Last month we had a look around the new property with General Manager Stephen Meredith to see what we can expect.

Jumeirah Lakes Towers, which is an area which takes its name from the Lakes of the name (artificial, obviously). The Jumeirah Lakes Towers (JLT) area is alongside Sheikh Zayed Road and close to Jebel Ali (home of Unilever, Dubai Internet City and Dubai Media City), so potential clients include companies with offices nearby such as IBM, Honeywell, British American Tobacco and TCS.

The JLT area is both corporate and residential, and there are also lots of small and medium size businesses, as well as the offices of several gold companies close by. The Damac Metro station which is an easy link to Dubai World Trade Centre (DWTC) is close by. Across the road from Taj JLT, Vida Emirates Hills is another new addition overlooking The Emirates Golf Club.

The new 200-room hotel (171 rooms and 29 suites) is in a 46-storey building and is mixed use with both apartments and hotel in the building.

For the hotel a ground floor lobby leads to a fourth floor main lobby for the hotel, with a signature chandelier. The hotel’s rooms and suites are on floors 6 to 16 with 17 to 44 the apartments. The hotel then has a bar and restaurant on floor 45 along with an open air pool on 46.

The hotel’s five restaurants include Shamiana, which is a famous name having been the all-day dining restaurant at the Taj Mahal in Mumbai since the early 1970s, and which like Bombay Brasserie, Taj is hoping to leverage its name recognition and cuisine for a new generation of international travellers.

Other options are TJs bistro café on the ground floor, Santorini for Mediterranean food on the 46th floor next to the rooftop pool, Merigano for American-Italian and Nonya Restaurant and Bar for Asian cuisine.

The Bonnington JLT, Pullman JLT and Movenpick JLT  are all in the area. The new hotel’s positioning means it has good views around the surrounding areas and across to the Palm Jumeirah.

The hotel’s management believe that with slightly (15-20 percent) lower rates than Taj Dubai, and a location some 25 kilometres from the already-established property, the new hotel can forge its own identity. 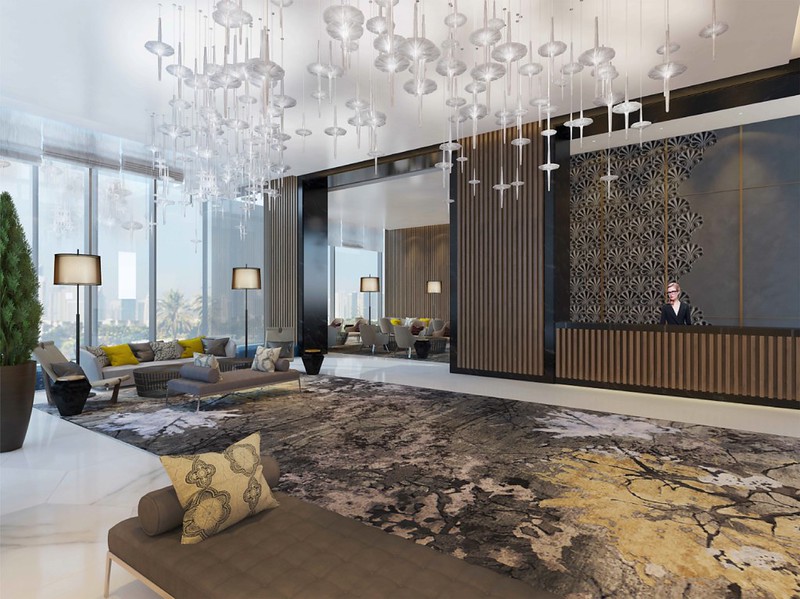 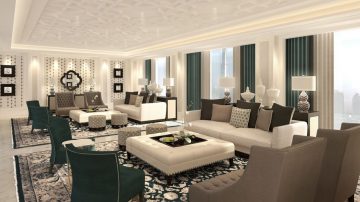 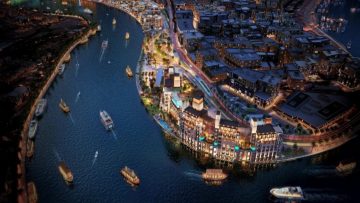