Flybe will face competition on its Edinburgh-Birmingham from Easyjet, effective March 29 next year.

The news comes shortly after Easyjet said it would enter the Glasgow-Birmingham route in competition with Flybe.

Easyjet says it will operate 13 flights a week between the Scottish capital and Birmingham, all with modern A320s.

Schedules have not yet been published but are expected to be at times to suit business travellers.

However in these times of “flight shame” this new route operated by jet aircraft has predictably attracted criticism.

It is true that there are already direct rail services from to both Edinburgh and Glasgow. But making a day trip by train remains a chore.

After the new franchise takes effect from December one would hope to see schedule improvements, but these will take time. Train firms must agree schedules with Network Rail and it’s a long-winded process.

And what about Flybe? Well those readers who currently use these routes will know that delays and cancellations happen from time to time.

Flybe’s turboprop aircraft can be subject to “technical issues”. So much so that their reliability must impact on the carrier’s bottom line by the time EU261 is honoured.

In fairness Flybe does operate more flights on both routes and those readers who appreciate the flexibility to switch to an earlier or later flight will value that.

And how Flybe will operate in future remains unclear.

Its new owners, one of whom includes Virgin Atlantic, want Flybe to provide feeder services for its long-haul routes. The owners also intend to rebrand Flybe.

In other Anglo-Scottish travel news, train firm LNER has doubled Azuma services between London and Edinburgh. Until a few days ago there was one service each way (Monday-Friday) but now there are two.  The additional trains depart London Kings Cross at 0700 and Edinburgh at 1200. 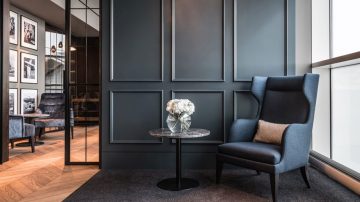