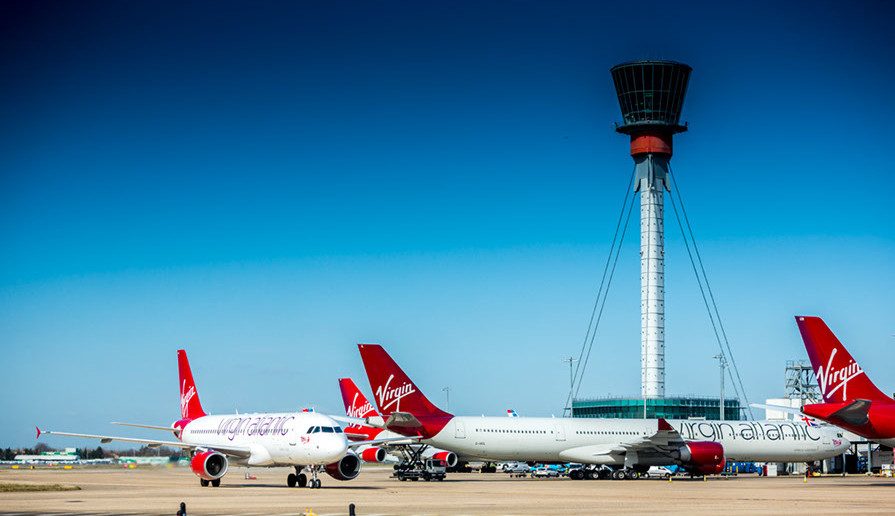 Virgin Atlantic has announced plans for a vastly expanded route network out of London Heathrow, while at the same time calling for an end to what it called the “stranglehold” of International Airlines Group (IAG) over the airport.

The plan would see Virgin serve 84 new destinations in the UK and abroad after the completion of the planned third runway at Heathrow.

The airline said it wanted to be Britain’s “second flag carrier” but would need to be allocated enough slots that should be offered by the contentious new runway.

Joint venture partners Virgin, Delta and Air France KLM hold less than 10 per cent between them, while no single airline holds more than 5 per cent. Virgin is 49 per cent owned by Delta.

It also wants to add 37 European routes, including Barcelona, Dublin and Madrid, and serve a wider range of domestic routes including Glasgow, Liverpool and Manchester.

Virgin previously operated domestic services through its subsidiary Little Red, which launched in 2013 and folded in 2015.

Earlier this year, it led a consortium in order to acquire regional carrier Flybe. It says the airline will soon receive new branding.

Virgin today said in a statement:

“The Government’s Aviation Strategy Green Paper has set a primary objective for the allocation of additional Heathrow capacity to facilitate effective competition between airlines, benefitting consumers through more choice and lower fares.

“It has also set secondary objectives to improve domestic connectivity and to improve connectivity to international destinations that are currently underserved or unserved.

“Without a second flag carrier connecting passengers between its domestic, short and long-haul services, these important objectives cannot be met.”

An IAG spokesperson said: “The facts speak for themselves. The airline has failed to create more competition at the airport – it closed Little Red on domestic routes, pulled off long-haul routes and rents out the slots it owns to other airlines to fly.”

The rules governing the allocation of new slots are currently being reviewed by the government.

Though the third runway has been approved by MPs, there is still some uncertainty over whether it will ever be built, as it continues to face public opposition and legal challenges.

A statutory consultation into the project ends today, after which the airport must still obtain a Development Consent Order, which approves major infrastructure projects in England and Wales.

“Heathrow has been dominated by one airline group for far too long.

“The third runway is a once in a lifetime opportunity to change the status quo and create a second flag carrier. This would lower fares and give real choice to passengers, as well giving Britain a real opportunity to boost its trade and investment links around the world.

“Changing the way take-off and landing slots are allocated for this unique and vital increase in capacity at the nation’s hub airport will create the right conditions for competition and innovation to thrive.”

Virgin said it would compete with IAG and its joint venture partners on the following routes if it were allowed the slots: