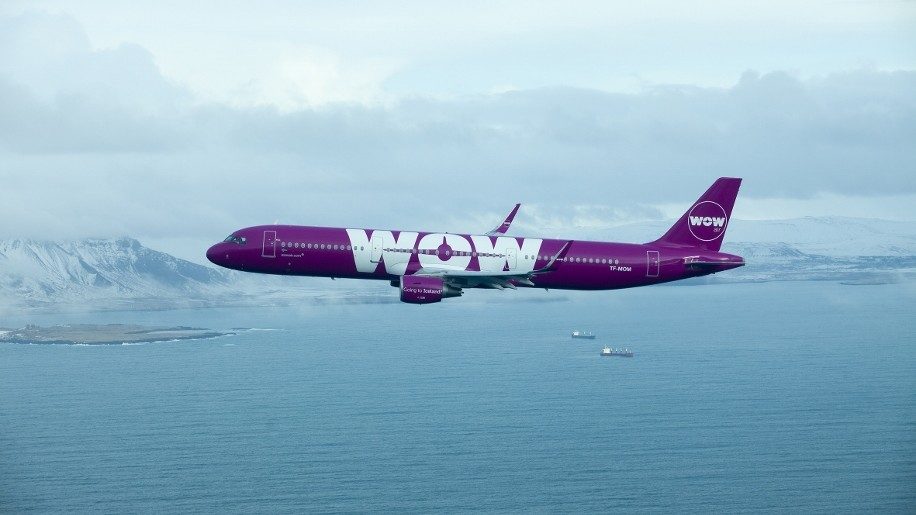 Its collapse followed months of uncertainty which saw it variously seek new investors, plan a restructuring and an IPO, and go through on-again, off-again takeover talks with competitor Icelandair.

Ever since then, its website has declared: “Wow Air has ceased operation and has been declared bankrupt. All Wow Air flights have been cancelled permanently.”

Yet news has emerged that a US investor is planning to get the airline back in the skies under the same branding – and wants to do so as soon as next month.

Icelandic media first reported back in July that an undisclosed party had paid hundreds of millions of Icelandic króna for assets including the Wow Air product and logo, domains, booking systems, software, sales computers, uniforms, and most of its spare parts and tools.

It then emerged that US-based businesswoman Michele Ballarin was leading the initiative through little-known firm US Aerospace Associates. Local press said it would be an Icelandic company with 49 per cent American ownership, with the new owners putting in up to USD$85 million to revive operations over the first two years.

Further details were made public on Friday, when Ballarin gave a statement and press conference, watched online by Business Traveller via website Visir. 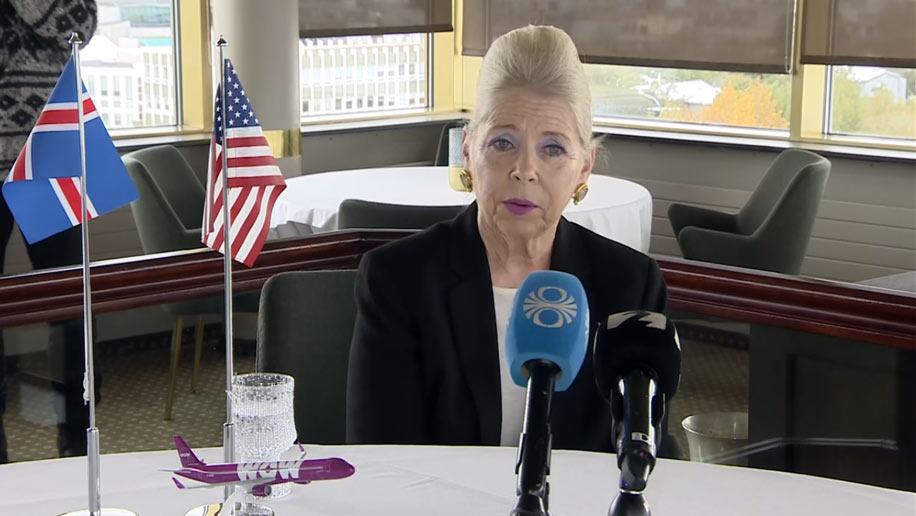 Ballarin outlined her current plan: to start with two aircraft, which the firm already has, on flights between Keflavik and Washington. That would increase to four aircraft by next summer, eventually increasing to about 10-12.

It was a press conference with numerous surprising announcements, not least that the team are planning the revived carrier’s inaugural flight for October, originating at Washington Dulles and landing at Keflavik-Reykjavik. Wow Air’s website, booking channels and social media accounts have not yet been revived.

Metropolitan Washington Airports Authority told the website Paxex.aero that it had held an initial meeting last month with the new Wow team, but that no flights are currently scheduled.

Ballarin also said that while they would “absolutely” remain a low-cost carrier in terms of pricing, they wanted to do things differently. She said they had been working with a Michelin-starred chef on a menu, would provide a bottle of Icelandic water to all passengers, employ biometric boarding, and were even looking at how to set up lounges in both their hubs that would be available to all passengers.

“Knowing that from the economic model, rows 7 to the back of the aircraft really do pay for a lounge that is used by a handful of people who are privileged to fly in business and first class, we want to be able to bring a lounge experience to everyone who flies on board Wow,” Ballarin said.

“So we are looking to have space available both here at Keflavík as well as Washington Dulles. It’s a very innovative thought, but one I think is very overdue.

“You can offer a better customer experience without breaking the bank. What’s important is that you don’t get on the aircraft and have to pay for water, and you shouldn’t have to overpay for a premium economy experience with an airline such as Wow.”

While questions still remain about the history of the companies behind the acquisition – Business Traveller is attempting to contact representatives for comment – Ballarin told Icelandic journalists that management of ‘Wow 2′, as she referred to it, would be based equally between Washington and Reykjavik, with staff moving frequently between them.

Its ownership will be 51 per cent Icelandic, per the country’s regulations, but as an airline it will run under a US Federal Aviation Administration operating certificate.

Ballarin said she could not currently answer reporters’ follow-up questions in terms of how that structure would affect route permissions and taxes.

Asked about the airline’s financial strength, she responded:

“We’ve committed $85 million. We’re not restarting a brand new airline from ground zero, and the grounding of operations was just a little bit less than six months ago.

“That makes it a lot easier for us because the brand is known. We’re really buying the brand. What the founder correctly did was bring a brand forward that people want to be part of.

“We have solid financial capability, it’s all equity, no debt, there is no debt in the organisation. We want to remain debt-free, and as an investment banker I know how important that is to ensure that we can keep these aircraft and this company in the air for many years to come.”

Ballarin added that 10-12 aircraft would be the “real profitability zone,” which the airline would stick to and try to increase profit margins.

Asked if the brand was “damaged goods” following its collapse, she responded:

“I really don’t, take a look at some of the incredible companies around the world who have faced financial pressure in any sector.

“The real challenge is looking at what was good in the process, and what happened that sent things off into a trajectory that you couldn’t control, and avoid those mistakes.

“Sixty per cent of the load factor was from the United States. The demand is certainly there. You need another airline here in Iceland to have good fares to choose from. Competition is a good thing, it helps the flying public, it helps jobs.

“I think the brand and the logo are solid. Absolutely, it is still going to be same brand.”

The cost of the purchase was not disclosed.

Wow Air was founded in 2012, and made its name selling ultra low-cost fares between Iceland and the US.

The new company will also look at building “strong air cargo capability” between Keflavik and Washington, focusing on the transport of Icelandic fish to the states.

Ballarin, an heiress and businesswoman from North Virginia, is a colourful figure.

Articles in the Washington Post and Foreign Policy have reported on her role as a hostage negotiator with Somali pirates.