Southwest Airlines is adding new flights to Hawaii but cutting back service in other destinations, including Boston and even its base at Dallas’ Love Field.

Southwest confirmed it will add a new daily nonstop service between Sacramento, and Honolulu on January 19, 2020, along with new flights between Oakland and Kona Airport on the big island of Hawaii, and San Jose and Lihue Airport on Kauai.

Some of the aircraft used for Southwest’s Hawaii service will come from routes formerly flown from Newark International Airport, where Southwest recently announced it would end service.

Southwest also announced that it would discontinue its nonstop service between Boston and Atlanta, Kansas City, and Milwaukee in January 2020, the Boston Globe reported.

And the US carrier recently said it would end nonstop service between Dallas Love Field and Oklahoma City, San Francisco, and Jacksonville, according to CBS-TV in Dallas Fort Worth. 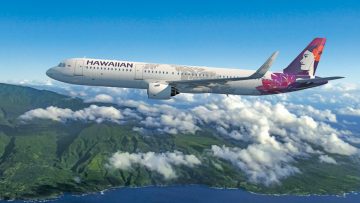