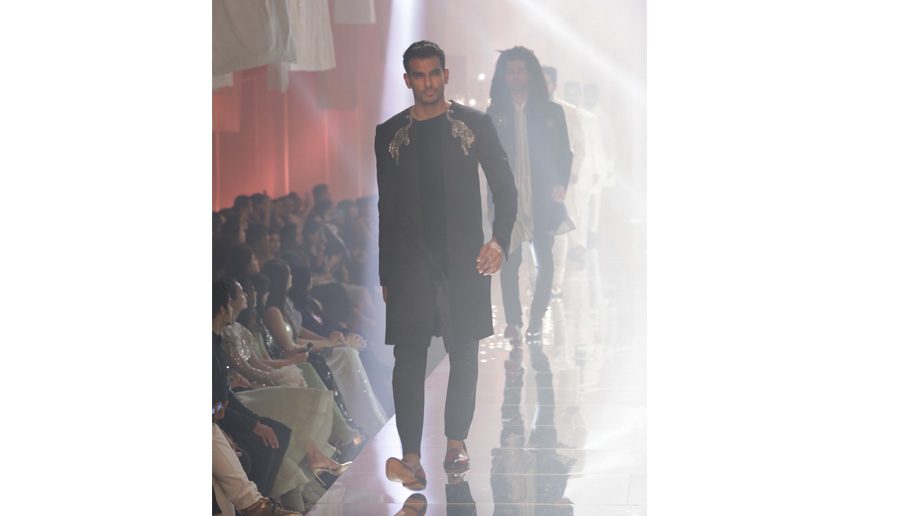 Amidst much glitz and glamour, in a star-studded evening, Lakmé Fashion Week Winter/Festive 2019 kicked off its latest season with a magnificent show by Manish Malhotra.

The Mumbai-based couturier, who has spent more than two decades perfecting the art of Indian couture and reviving beautiful textures and art forms, showcased a host of beautiful menswear silhouettes for the upcoming season. Manish Malhotra’s menswear pieces were largely monochromatic, with little elements of his signature glamour. The standout colours were black, white, ivory, grey and shades of brown. The key was in the tailoring and cuts. For instance, we saw a host of sharply tailored jackets with glittery embroidery and sequin work placed discreetly for a touch of glamour. The collection also featured a few long jackets, with asymmetrical cuts, as part of this ongoing trend of long, flowing male silhouettes.

The bandhgala made a significant presence as well, establishing itself as an Indian menswear staple and being reinterpreted in various modern avatars. Appearing in varying lengths, in different fabrics and with a host of embellishments, the ubiquitous bandhgala is seen as the festive season’s most promising piece of garment. Manish Malhotra’s bandhgalas were also seen with different traditional drapes and stoles, to add a sense of fluidity and understated elegance to the overall silhouette.

The designer’s menswear collections have been consistently outdoing themselves, season after season, and at this time’s Lakmé Fashion Week opener, they really did stand out as the work of a designer who has come of age, especially in the menswear space. 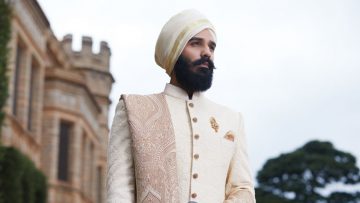 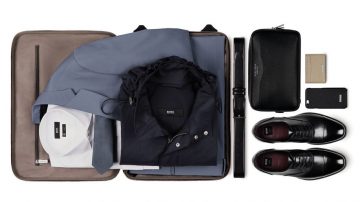 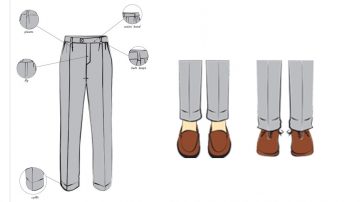 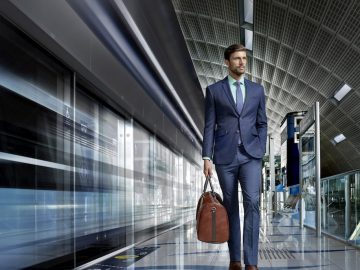