Travelling from Hong Kong to mainland China? Your phone may be searched 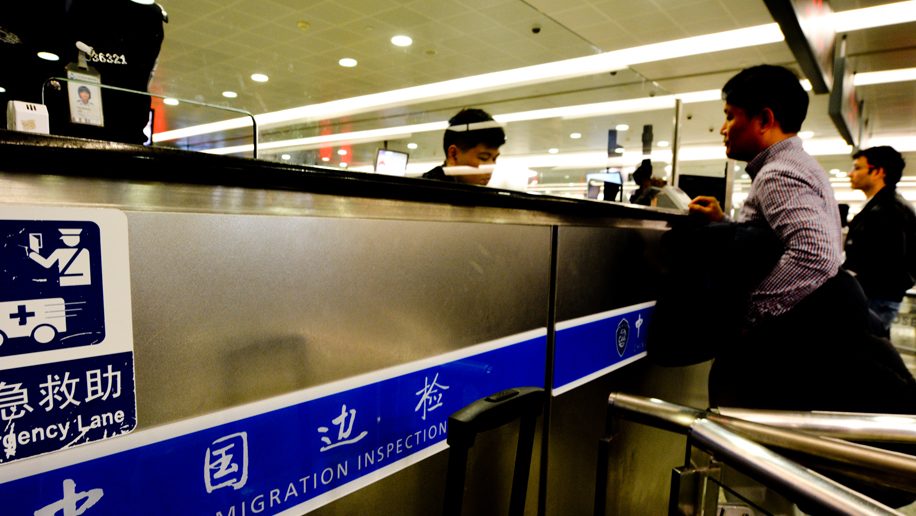 Travellers between Hong Kong and mainland China may have the contents of their mobile phones searched by Chinese border officials, according to multiple media reports.

Hong Kong newspaper The South China Morning Post spoke to ten people who were asked to unlock their phones for inspection of photos and videos related to the anti-extradition bill protests.

In the report, the newspaper said that five of those people had their private messages read by authorities at land control points between Hong Kong and the neighbouring city of Shenzhen.

Meanwhile The New York Times, which spoke to three people who were searched, said the searches involved officers going through photos, messages and other apps.

And Bloomberg reported that bankers who travel frequently between Hong Kong and mainland China are swapping their personal phones and laptops for new devices or ones that have been wiped clean.

The potential searches may be a concern for business travellers working in fields such as banking and law which often require sensitive client information to be stored on their mobile phones.

A Hong Kong-based lawyer, who asked not to be named, told Business Traveller Asia-Pacific the checks would be a concern for her given the sensitive client information she has to carry on her mobile phone

“But on a personal level it’s even more concerning,” she said. “This is because in Hong Kong the authorities will need to rely on a warrant issued to check this and so the authorities have to have some proof in hand to be able to do so. So on all levels this is concerning because they do run on a different legal system and we might not have full knowledge of our rights.”

However, it does not seem that the searches are being applied to every traveller between Hong Kong and the mainland.

Christopher Covington, founder and CEO of Ampere, a company that makes wireless charging pads, who travels to South China regularly for work, said that he has travelled between Hong Kong and Shenzhen four times this week on Monday, Tuesday, Wednesday and Thursday, but did not have his phone searched. (“Christopher” is Covington’s middle name; he asked that his first name not be published.)

“I was actually a little worried about that and I also had some local Hong Kong newspapers with me [that carried reports of the protests],” he said, adding that he had photographs on his phone of the recent protests in Hong Kong that he had taken while out walking with his girlfriend in the Austin area.

“But I didn’t have any problems. To be honest, I tend to generally get off a little easier than most, maybe given my ethnic background – I’m a white male. It seems to cut me more slack.”

He added: “I would be more worried as a journalist, for example.”

The CEO of a Hong Kong-based electronics manufacturer who travels frequently to the mainland echoed Covington’s comments about foreigners not being subject to the searches. The CEO asked not to be named or have his company named.

“I’ve been travelling in and out of Shenzhen through Lo Wu daily for the last week and a half and I have not seen anyone pulled over,” he said.

“I have spoken to some of my staff who go to the Chinese section [of the immigration checkpoint]. My staff told me that they have seen it on the Chinese level — pulling people over and checking. I suppose with foreigners, I suspect if you are on a watchlist of some kind you will be checked, but it has not affected me at all going in and out of Shenzhen. I have not seen it and I don’t feel targeted in any way.”

“If I were in a different line of work I might be a bit more paranoid and aware of it,” he added.

China Immigration Inspection does not appear to have issued any notice about this issue on its official websites. 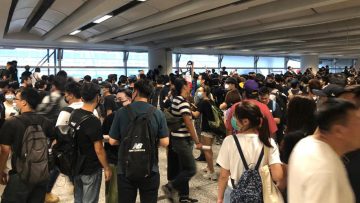 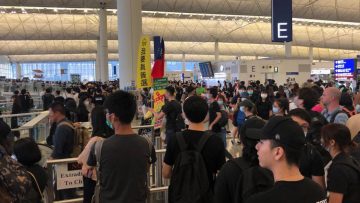 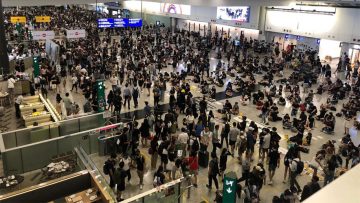