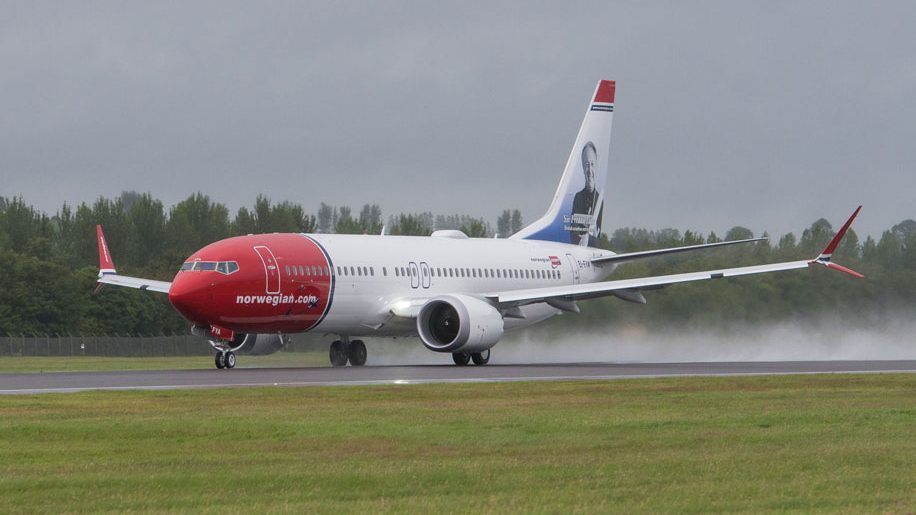 First it was Scotland (Edinburgh), then Northern Ireland (Belfast) and now it’s Ireland which must bear the transatlantic route cuts at Norwegian.

The budget airline announced yesterday (Tuesday) that it would no longer fly transatlantic from Ireland after September 15.

In its Irish heyday Norwegian operated US routes from Shannon, Cork and Dublin, to destinations including TF Green airport in Providence and New York Stewart International.

Flights to Shannon and Cork were suspended when the B737 Max was grounded in March, while Dublin is being cut next month.

As mentioned the route cuts are mainly down to the continued grounding of the B737 Max, which had been predominantly operating these transatlantic routes.

A Norwegian executive told Business Traveller, “In the case of Ireland it is all down to the [B737] Max effect.”

“Yes we also operate B737-800s [previous variant to the Max] but [as a low-cost airline] we cannot operate these [transatlantic] with a reduced payload and make money at the same time.”

“It’s a shame as inbound US tourism to Ireland has been strong but there is too much uncertainty with the Max so we are looking at everything with a microscope.”

“As the airline moves from growth to profitability, we have conducted a comprehensive review of our operations between Ireland and North America and considering the grounding of the B737 Max, we have concluded that these routes are no longer commercially viable.”

It is true that Norwegian could deploy a larger B787 but many of its Dreamliner fleet also remain grounded with engine issues.

Only last weekend one B787 suffered a damaged engine after taking off from Rome Fiumicino, while on Monday another Dreamliner was damaged on the ground at London Gatwick when a tug pushed the aircraft into a fence. The B787 had to be taken out of service.