American Airlines has announced plans for its first route to the African continent, with a new service between Philadelphia and Casablanca launching in June 2020.

Confirming the route Vasu Raja, American’s Vice President of Network and Schedule Planning said that “Our customers and team members have been asking when we’re going to start service to Africa”, adding that Royal Air Maroc’s impending inauguration into the Oneworld alliance “will allow for even more connections further into Africa to places like Marrakech, Lagos and Accra”.

AA will be the only US carrier offering a nonstop route to Casablanca. The service will operate three times per week using a B757 aircraft, initially between June 4 and September 8, 2020.

Meanwhile the airline will also add a three times weekly year-round service between Dallas and Tel Aviv from September 9, as well as three new seasonal services from Chicago to Eastern Europe.

AA says that as a result it will offer more premium seats to Eastern Europe next summer than any other US carrier, with each B787 offering 28 premium economy and 20 Flagship Business seats.

All of the new services will be available to purchase from August 12, with the exception of Tel Aviv which will go on sale on October 10.

Commenting on the news Raja said:

“There’s strong local demand to Eastern Europe in Chicago, and it’s important that we provide more service for our customers to visit family and friends or explore a new part of the world.

“Chicago has been a great example of trying new things with our network, like seasonal service to Athens that launched earlier this year, and when customers take advantage, it allows us the opportunity to keep growing.” 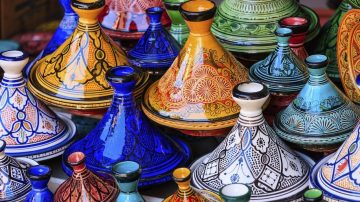