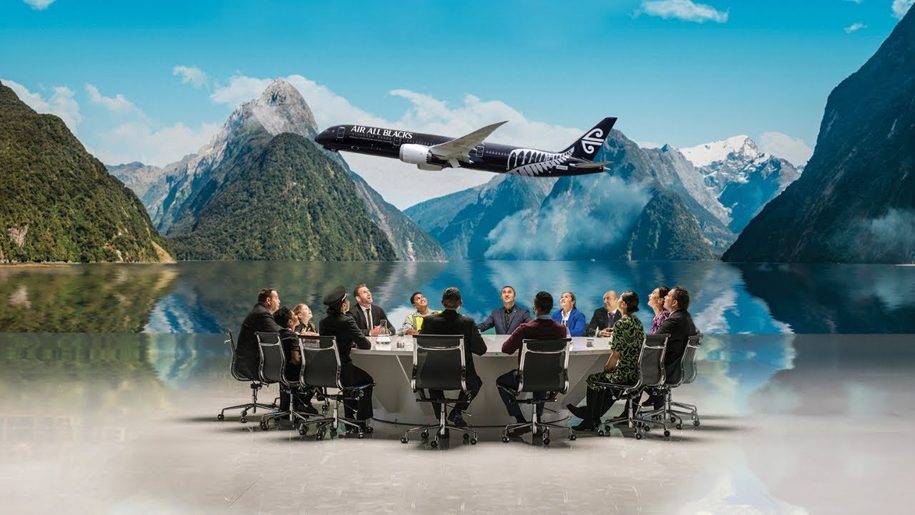 The video was launched to support the team during its 2019 season and as they prepare for the Rugby World Cup in Japan next month, according to the airline.

The new safety video takes place in the headquarters of Air New Zealand’s hypothetical “newly established airline” called Air All Blacks, where ideas for the airline’s first safety video are being discussed.

US actor Rick Hoffman, who stars in the American TV series Suits, plays a lawyer in the video. He said his positive experiences in New Zealand and Air New Zealand’s “quirky humour” was a “huge drawcard” for him to star in the video.

“Air New Zealand is renowned for its safety videos and for risk taking and creativity. People want to see something fun onboard and Air New Zealand just has so much fun,” said Hoffman.

Jodi Williams, Air New Zealand general manager of global brand and content marketing, said the video is a “futuristic take” on two iconic Kiki brands coming together to show the world how much rugby is in their DNA.

“Changing our name to Air All Blacks is a fun demonstration of our support for the boys in black. Our people feel a great sense of pride flying the team around the world and both organisations consistently show the world what a huge impact a small nation can make on the world stage,” said Williams.

“It’s only fitting that this video brings to life something that is distinctly New Zealand – from the grassroots of Rippa Rugby to the nostalgia of the 1987 All Blacks, with a unique modern twist,” he added.

The new safety video has been rolled out across Air New Zealand’s international and domestic fleet.

The New Zealand national carrier has created a number of safety videos with different themes, including hip-hop, Antarctica, Alice in Wonderland, the World of Hollywood, and the Hobbit. 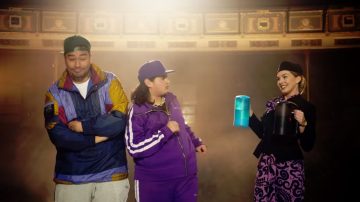 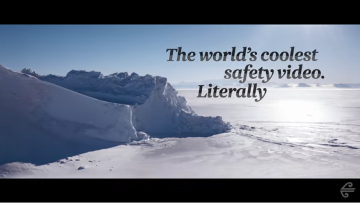 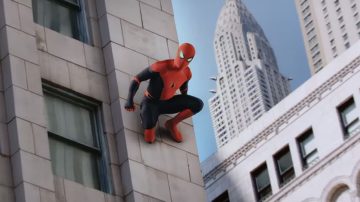