Easyhotel has announced an agreement to purchase the freehold of the current Ibis Palais des Congres in Nice.

The group will invest €11.7 million in the acquisition and rebranding of the property, with completion expected to take place in October.

The hotel is located in the city centre on Rue Barberis, north of Nice’s old town and Promenade des Anglais.

The 87-room property will be immediately rebranded as the Easyhotel Nice following the purchase, and the group is also seeking planning approval to add a further seven rooms to the hotel.

The Easyhotel Nice will be the group’s first French property – in December last year Easyhotel announced it had applied for planning permission for a hotel close to Paris CDG.

“This investment in our first owned hotel in France is testament to the ambitious plans we have to develop the Easyhotel brand in Continental Europe.

“We see significant opportunities to develop owned hotels in France and Spain and are confident that we will receive planning permission this autumn for the 209-room hotel close to Paris-Charles de Gaulle Airport that we announced last December.

“Attracting over 4 million visitors every year, the iconic city of Nice is famous as one of France’s premier tourist destinations, with recent years having seen significant investment in the City’s infrastructure and services. We are delighted to have secured this excellent site and look forward to announcing further opportunities in due course.”

Easyhotel currently has 12 owned and 26 franchised properties across the UK, Belgium, Bulgaria, Germany, Hungary, the Netherlands, Portugal, Spain, Switzerland and the UAE. 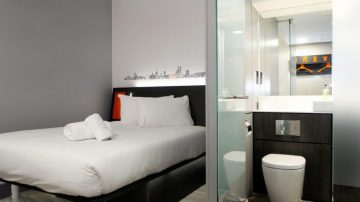 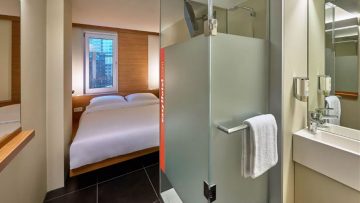