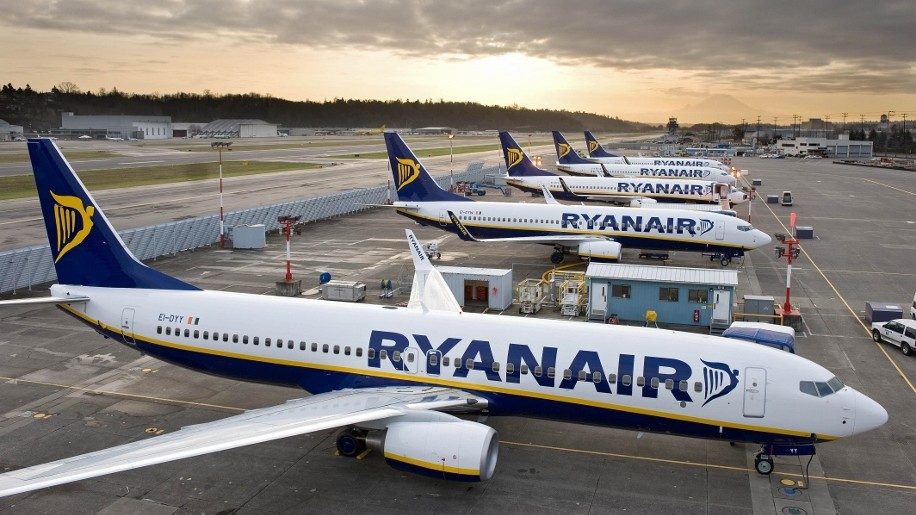 Ryanair is increasing the amount it makes from extra charges such as priority boarding and seat selection, with so-called ‘ancillary revenues’ growing 27 per cent to £800 million in the three month period through June.

Overall revenue rose 11 per cent year-on-year to €2.3 billion (£2 billion) in the quarter, while passenger traffic grew by 11 per cent to 42 million, results released today showed.

However, this was not enough to offset a higher fuel bill and lower ticket fares, with operating profit falling by 21 per cent to €243 million (£219 million) in the same quarter.

“The two weakest markets were Germany, where Lufthansa was allowed to buy Air Berlin and is selling this excess capacity at below cost prices, and the UK, where Brexit concerns weigh negatively on consumer confidence and spending,” commented CEO Michael O’Leary.

In February, Ryanair reported its first quarterly loss since March 2014.

Ancillary revenues, which include baggage fees and on-board food, are vital for many carriers as fuel prices go up and competition intensifies.

The CEO of Hungary’s Wizz Air commented earlier this year that they had helped increase its revenue per passenger by 7 per cent.

Analysing 20 major full-service airlines, a recent report found that only half included checked baggage as a feature for all fares.

In today’s results, O’Leary also discussed the delayed delivery of Ryanair’s B737 Max orders, and said he expects to receive 30 of the aircraft by next summer rather than the original 58. This is expected to cut the airline’s growth rate from 7 per cent to 3 per cent.

However O’Leary added that the “gamechanger” aircraft would eventually “transform our costs and our business,” as they offer 4 per cent more seats while burning 16 per cent less fuel.

Airlines which already have the grounded B737 Max in their fleet, including American Airlines, Air Canada and low-cost carrier Norwegian, are predicting a significant financial hit.

Dublin-based Ryanair is currently restructuring into an IAG-style group, with several airlines operating under their own brand identity with their own CEOs.

In January it completed its takeover of Austrian carrier Laudamotion, which is now being branded as Lauda and launching at least 21 new winter routes, including three to the UK. Q1 this year saw the acquisition costs fully consolidated.

It will also rebrand its Polish arm as Buzz, and establish a new subsidiary called Malta Air.