Air Canada is preparing to launch an all-new loyalty programme next summer, but ahead of this it has amended its current Aeroplan scheme to offer what it says are “the most flexible flight reward policies of any Canadian loyalty programme”.

Among the changes is the ability to cancel and refund flight rewards in full and for free, within 24 hours of making the booking.

Members can also now refund reward bookings up to two hours before the departure time of the first flight in the reservation. This is a vast improvement on the previous 21 days limit, and Air Canada says that “This will apply to all bookings, including those made prior to the new policy coming into effect”.

The carrier adds that “Rather than keeping cancelled tickets open for future travel, Aeroplan Miles, taxes and fees will be refunded, and members may book new tickets anytime in the future, delivering greater convenience than before”.

Cancelling reward bookings outside of the 24-hour free grace period has also become cheaper, with the fee reduced from $150 to $125 when completed via aeroplan.com.

“Choice and flexibility are at the core of our loyalty plans, so we’re excited to introduce the first of many changes for Aeroplan Members as we work to create the best travel loyalty programme.

“As Aeroplan celebrates its 35th anniversary this month it provides a strong foundation for our new programme. The changes we are announcing today will provide members with more flexibility and peace of mind while still delivering the same unbeatable value so they can reach their travel goals.”

Air Canada announced plans to relaunch it Aeroplan scheme back in 2017. Since then the group has acquired marketing and loyalty analytics company Aimia – which Air Canada had previously sold its loyalty programme to – thus effectively bringing the scheme back in house. 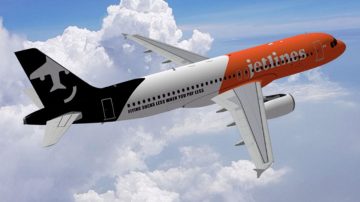