Beijing Capital Airlines will add a direct Beijing-Xian-Lisbon service from August 30 this year.

The Beijing-based carrier will fly three times weekly on this route. The outbound flight is an early morning flight scheduled to leave Beijing Capital International Airport (PEK) at 0630 and arrive at Lisbon International Airport (LIS) between 1910 and 2005 (depending on the day) on the same day every Wednesday, Friday and Sunday.

The return flight is a late night one departing Lisbon at 2255 before arriving in Beijing at 0020 two days later.

The Chinese carrier once launched a direct service between Hangzhou and Lisbon with a stopover in Beijing in July 2017. This was the first direct flight between China and Portugal. However, the airline suspended the route in October last year. 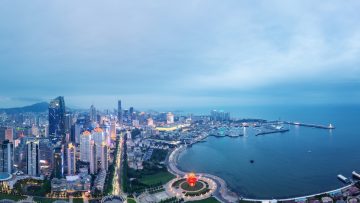