Korean Air has announced several changes to its route network on flights to China, Fiji, India and the Philippines.

The airline has been granted traffic rights to these China routes following successful Korea-China aviation talks back in March 2019, Korean Air said in a press release.

Between March 13 and 15, civil aviation delegates from China and Korea held bilateral aviation talks in Nanjing, according to the Civil Aviation Administration of China (CAAC).

Following those talks, the two sides agreed to increase capacity on the Beijing-Seoul route from 14 to 18 frequencies per week “so as to facilitate the hub building of Beijing Daxing International Airport”, which is set to begin operations on September 30. Korean Air will therefore extend its Incheon-Beijing service from 14 to 18 flights a week from the end of October, though a Korean Air spokesperson said all these flights will be to the old Beijing Capital International Airport and not Daxing.

The airline will also increase the frequency of its Incheon-Delhi service to seven flights a week starting from September 1.

Korean Air will suspend its Incheon-Nadi (Fiji) flights from October 1. The airline said this is because of “decreasing demands and constant deficit of the route”.

A full flight schedule of the routes is “not available at this stage”, a Korean Air spokesperson told Business Traveller Asia-Pacific. 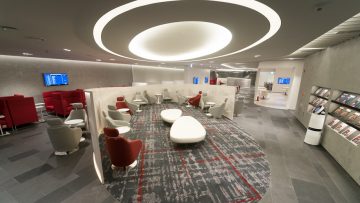